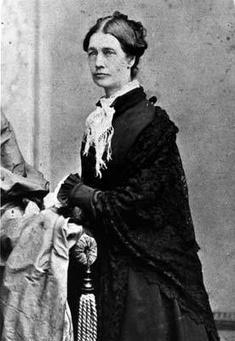 In 1869, Sara arrived in Santa Barbara, California and opened a stationery shop, but she missed the intellectual stimulation she had enjoyed back East. She turned a corner of her store into a meeting place for artists and intellectuals and hosted art exhibits and lectures there. After receiving dozens of books from a friend in New York and acquiring more during a trip to San Francisco, she established a circulating library. Her collection of books eventually became Santa Barbara’s first public library.

Love and Marriage
Botany was a socially acceptable subject for women in the 19th century, and many young women like Sara studied botany at school and continued into adulthood. Miss Plummer’s love of botany literally blossomed in California, and she began painting botanical subjects. She also became a founding member of the Santa Barbara Natural History Society in 1876.

Through this organization, Sara met botanist John Gill Lemmon and fell in love. He was a self-educated botanist, respectfully called the professor. John Lemmon’s health was very fragile due to the time he imprisoned at the notorious Confederate prison camp at Andersonville, Georgia during the Civil War. She was already well known for her own interest in California botany, and the two began an impassioned correspondence.

Sara Plummer married John Lemmon in 1880, and they traveled to Arizona on their wedding trip. John wrote:

My wife, being as enthusiastic and as devoted to botany as I, was the first to propose that, instead of the usual stupid and expensive visit to a watering-place, idling our time in useless saunterings, and listening to silly gossip, we should wait a few weeks, devoting the time to study; then, at the right time, make a grand botanical raid into Arizona, and try to touch the heart of Santa Catalina.

Sara assisted her husband in an ambitious effort to catalog the plants of southern Arizona, a part of the world few botanists had yet visited. Sara and John were equal partners in collecting and researching plant specimens, but in the scientific papers and articles they published credit was given to ‘J.G. Lemmon and Wife.’ 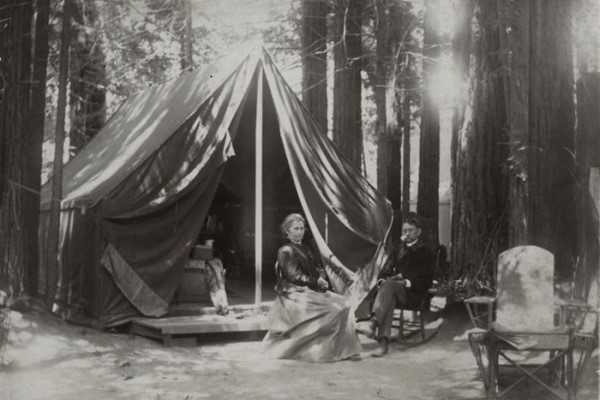 Mount Lemmon
In 1881, Sara Plummer Lemmon – a slender, dark-haired woman of 45 – traveled to the old Spanish Pueblo called Tucson with her husband on the first train to reach the town. While documenting and painting plants in the nearby Santa Catalina Mountains, Sara and John decided to climb the tallest peak that looms over Tucson. Because it was so rare for a woman to be involved in such an activity local historians noted the clothing she wore:

… a short suit of strong material, the best of firm calfskin shoes, nailed along the soles and heels with jump tacks and reinforced by substantial leather leggings that promised defiance to cacti and snakes. A broad brimmed hat with a buckskin mask and heavy gloves, a botanical folio, and a long staff completed her outfit.

Their first attempt to find a route up the south face failed. The walls of rock were very steep and hazardous. Thorns and cactus spines tore their hands and legs. Even the wildlife was daunting. They returned to Tucson where one of the native people told them to go around the mountain range to the small village of Oracle on the north side and talk to rancher Emerson O. Stratton at the Pandora Ranch. He agreed to guide them and provided them with horses to make the journey easier. Their guide later wrote in his reminiscences:

We went to the highest peak of the Santa Catalina’s and christen[ed] it Mt. Lemmon in honor of Mrs. Lemmon, who was the first white woman up there. I chopped the bark off a great pine tree on the very top and we all carved our names.

Botanizing the Coast
The couple’s joint career in botany was groundbreaking. After they returned to California, Sara sold her store and library, which became the basis of the Santa Barbara Public Library. Despite chronic health problems, Sara and John began to focus more and more on fieldwork. They discovered and cataloged numerous botanical subjects on the West Coast, with Sara producing beautiful artwork to accompany her husband’s publications. They won awards at national expositions.

A number of plants are named in Sara’s honor, including the new genus Plummera described by Harvard University botanist Asa Gray. In 1885, the Sacramento Bee reported:

She had obtained considerable local reputation as a botanist when chance led the professor to the town some four years ago. It was a case of ‘two souls with but a single thought,’ and they were soon made one… ever since the lady has been her husband’s indefatigable companion in all his botanical expeditions. She has herself contributed no little [information] to the general knowledge of the flora of the southwestern territories… 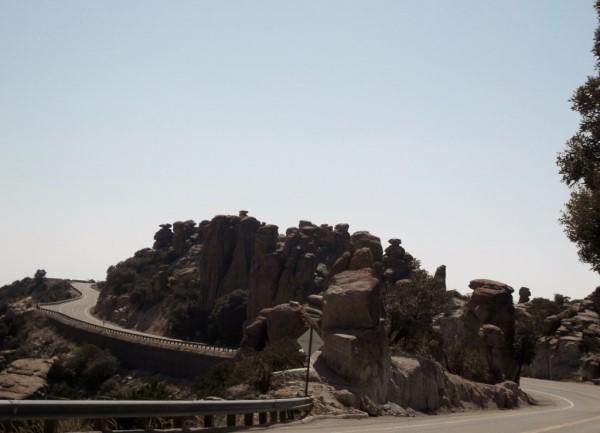 Image: Beautiful rock formations on the road to Mount Lemmon
The mountain was named for Sara Lemmon, who rode up it on horseback in 1881.

John and Sara co-developed the Lemmon Herbarium in their home at 5985 Telegraph Avenue in Oakland, California, which they later donated to the University of California, Berkeley, where it was merged into and called the University and Jepson Herbaria. Sara Lemmon continued to create botanical illustrations, serving as the official artist for the California State Board of Forestry from 1888–1892 and acquired national attention for her work. In 1893, she lectured about forest conservation at the World’s Columbian Exposition in Chicago.

When John Gill Lemmon died in 1908, Sara never fully recovered from the loss, though she did not give up her life completely. Among other endeavors, she was an important influence in getting the golden poppy adopted as the state flower of California.