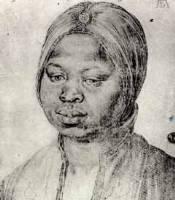 First African Woman to Win Her Freedom in Court

Elizabeth Key was the first woman of African ancestry in the American colonies to sue for her freedom from slavery and win. Elizabeth Key won her freedom and that of her infant son on July 21, 1656 in the colony of Virginia, in one of the earliest freedom suits in the colonies. She sued based on the fact that her father was an Englishman and that she was a baptized Christian.

Born in Warwick County, Virginia in 1630, Elizabeth Key was the illegitimate daughter of an enslaved black mother and a white English planter father, Thomas Key, who was also a member of the Virginia House of Burgesses. She spent the first several years of her life with her mother.

Before moving back to England in 1636, Thomas Key made arrangements for Elizabeth’s godfather, Humphrey Higginson, to have possession of her for nine years. It stipulated that Higginson would be Elizabeth’s guardian, that she would be treated like a member of his family, and that she be given her freedom at the age of fifteen.

Thomas Key died later that year, and Higginson sold Elizabeth to Colonel John Mottram, for whom she was required to serve another nine years before being released from bondage. Mottram took her to Northumberland County, where he built a plantation, Coan Hall.

There Elizabeth remained until 1650, when Colonel Mottram brought over a group of white indentured servants from England, including a young lawyer named William Grinstead. Under the English law of primogeniture, only the eldest son could inherit the father’s real property, so many younger sons crossed the Atlantic to seek their lives in the American colonies.

During this time, William and Elizabeth fell in love, and had a son together, whom they named John. They were prohibited from marrying while Grinstead was serving his indenture, and Elizabeth Key’s future was uncertain.

After Mottram’s death in 1655, Elizabeth Key sued for her freedom after the executors of her late master’s estate classified her and her infant son as Negroes (and part of the property assets of the estate) rather than as an indentured servant with a free-born child. Unwilling to accept permanent servitude, Elizabeth Key petitioned the court for her freedom. By that time, she had already served as an indentured servant for nineteen years.

Key’s lawsuit was one of the earliest freedom suits in the American colonies filed by a person of African ancestry. With Grinstead acting as her lawyer, Key asked the court to free her based on an English law that stated that if a child’s father was a free man, then the child should be free. The court gave Elizabeth her freedom:

Unfortunately, the decision was later overturned by a higher court that ruled that Key was a slave, but she did not stop there. She appealed to Virginia’s General Assembly. This excerpt is from the General Assembly’s report:

It appears to us that she is the daughter of Thomas Key by several Evidences… That she hath been by verdict of a Jury impaneled 20th January 1655 in the County of Northumberland found to be free by several oaths which the Jury desired might be Recorded. That by the Common Law the Child of a Woman slave begot by a freeman ought to be free. That she hath been long since Christened… That Thomas Key sold her only for nine Years to Higginson with several conditions to use her more Respectfully than a Common servant or slave… For these Reasons we conceive the said Elizabeth ought to be free and that her last Master should give her Corn and Clothes and give her satisfaction for the time she hath served longer than She ought to have done.

The committee sent the case back to the courts to be retried, and Elizabeth finally won her freedom in 1656. After winning the case, Elizabeth and William were married, and they had another son together, William.

William Grinstead died early in 1661. The widow Elizabeth Grinstead later remarried, to the widower John Parse. Upon his death, she and her sons John and William Grinstead II inherited 500 acres, helping to secure their future.

In 1662, Virginia reacted to lawsuits like Key’s by passing a law to clarify the status of the children of women of African descent. This statute imposed lifetime hereditary bondage on Africans, and stated that a child would be “bond or free according to the condition of the mother,” rather than the father, as was the case in England.

This legislation ensured that all children of women slaves would be kept as slaves for labor unless explicitly freed. It also freed the fathers from acknowledging the children as theirs, providing support or arranging for apprenticeships, or emancipating them. Some white fathers did take an interest in their mixed-race children and gave them an education or land; many others abandoned them.

Whatever their origins, free blacks in seventeenth-century Virginia seem to have formed a larger share of the total black population than at any other time during slavery. In some counties, perhaps a third of the black population was free in the 1660s and 1670s. And these free blacks interacted with their white neighbors basically as equals.