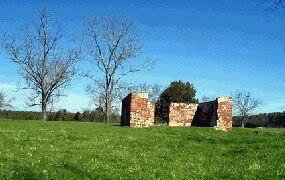 Frances Culpeper was Virginia’s most notable 17th century woman. The youngest of the five children of Thomas and Katherine Culpeper, Frances was baptized at Kent, England, on May 27, 1634. Her father lost everything in the service of King Charles I, but the Crown rewarded Culpeper by naming him one of the original seven grantees of the 5-million-acre Virginia land grant known as the Northern Neck Proprietary. Thomas Culpeper came to the New World in 1650, hoping to rebuild his fortune.

Good Marriages
In 1652, Frances married Samuel Stephens, governor of the Albemarle settlement in North Carolina and the owner of Roanoke Island, the site of Sir Walter Raleigh’s Lost Colony. Her father died that same year, and his family, all except Frances, returned to England.

Samuel Stephens was a wealthy man, but Albemarle was nearly uninhabited, and Frances refused to leave the Virginia frontier for the even more isolated country to the south. She lived at Boldrup, Stephens’s 1,350-acre plantation on the Warwick River until Stephens died in 1669.

Meanwhile, Frances had attracted the attention of the aging Virginia Governor Sir William Berkeley, and six months after Stephens’ death she became Lady Frances Berkeley and mistress of his estate, Green Spring, in James City County, the finest country seat in British America.

A pretty, blue-eyed blonde, Lady Frances gave neither Stephens nor Berkeley children, but she was very much the matriarch of Virginia’s social and political elite. During the seven years of her marriage to royal governor Sir William Berkeley, she became such a powerful behind-the-scenes factor that many blamed the blunders of her doddering husband on her.

Bacon’s Rebellion
When her cousin Nathaniel Bacon the younger arrived in Virginia in 1674, Frances made sure that he was immediately accepted into the governor’s circle and received a grant of land. But when Governor Berkley refused Bacon a partnership in the lucrative fur trading monopoly, he began urging the citizens to rebel against the governor’s government.

In September 1676, Bacon attacked Jamestown with the intention of overthrowing the government. They burned homes, the State House, and the church—effectively destroying the town within a few days. The governor went to Green Springs, but Bacon was using it as his headquarters. Lady Berkeley denounced him bitterly.

Following Bacon’s death in October 1676, Governor Berkeley took the offensive, and succeeded in breaking the back of the rebel power. Just at that moment, one thousand troops to put down the rebellion and three commissioners to investigate its causes arrived from England.

One of the commissioners had instructions to replace Sir William Berkeley as governor, and they escorted the governor to England to face an official inquiry. Relations between Berkeley and the commissioners were tense during the weeks between their arrival and his departure.

Governor Berkeley died in London in 1677, leaving Green Spring and his vast fortune to Lady Berkeley. She ran her own business affairs, which included the management of a large force of slaves. Sir Berkeley’s estate plus the lands in Virginia and North Carolina that she had inherited from her first husband, made Lady Frances the wealthiest person in Virginia, if not all of English America.

Green Spring Faction
Angered by her property losses and the shameful way her husband had been treated, Lady Frances became a leader in the Green Spring Faction. This powerful alliance of political leaders gathered at Green Spring Plantation to plan strategy to resist the imposition of royal restrictions on the colony during the years after Bacon’s Rebellion. They were unable to prevent the crown from reducing the powers of the General Assembly. They obstructed but could not stop the royal governors the king sent to Virginia.

During the 1680s, Lady Berkeley was one of the most influential political leaders in Virginia—and everybody knew it. By family or economic interests she was related to most of the Virginia elite, and she became as much a force to contend with as Governor Berkeley had been.

The late governor’s supporters welcomed Lady Berkeley’s influence. To the great embarrassment of Berkeley’s successor, Lieutenant Governor Herbert Jeffreys, she and the gentry of northeast Virginia ran the Council and the House of Burgesses for the next few years.

Within three years of Berkeley’s death, Lady Frances married one of his lieutenants, Philip Ludwell, with whom she was already well acquainted. Ludwell lived at Rich Neck, an estate near Middle Plantation (later Williamsburg) in James City County, and was part of a well-connected family. Mindful of her status in Virginia society, she kept the name of Lady Berkeley for the rest of her life.

Politically, the marriage was a wise move for both. Nine years later, Lady Berkeley helped Ludwell secure the office of governor of Albemarle, the same office formerly held by her first husband, Samuel Stephens, from whom Lady Berkeley had inherited Roanoke Island.

Lady Frances Culpeper Berkeley died sometime after May 1695, and was buried at Green Spring Plantation. Her remains were later moved to the cemetery at Jamestown Church, where her tombstone can still be seen.