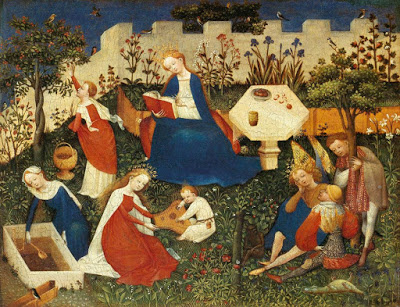 The Medieval period in Europe was an interesting but bumpy time for women. Women were viewed as the instrument of evil, an attitude encouraged by the church. They were subservient to men and led degraded lives. There existed anti-feminist literature and the fabliaux, which are rhymed verses that spoke of contempt for women and their deceit.

In the early twelfth and thirteenth centuries this attitude began to change. Part was due to the introduction of the chivalric code of honour. The cult of chivalry, or courtly love, existed only among the nobility. The gentlewoman who looked for love or romance outside of marriage found it with the chivalric knight’s attention. Women of nobility enjoyed great attention, were deferred to and paid homage to.