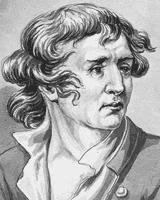 Anna Keyes was born April 5, 1759. Thomas Knowlton was born November 22, 1740 in West Boxford, Massachusetts. When Knowlton was eight years old, his father moved the family to Ashford, Connecticut, where they lived on a farm of 400 acres.

In 1755 at the age of 15, Thomas enlisted in the English army and fought under Major Israel Putnam in the French and Indian War for four years, and achieved rank of Lieutenant by age 20. In 1762, he participated in the Battle of Havana in Cuba, and was lucky enough to survive. (Of Israel Putnam’s Company of 107 men, only 20 returned home, due mostly to tropical diseases). Returning to Ashford, Connecticut, Thomas farmed with his father.

On April 5, 1759, Thomas Knowlton married Anna Keyes and bought a farm, and they had nine children. Knowlton was described as being six feet tall, erect and elegant in figure, and formed more for activity than strength. He had a light complexion, dark hair, and eyes of deep spiritual beauty.

In 1773, Thomas was elected Selectman of Ashford, which was unusual for someone so young. He was only 33. Knowlton’s sixteen-year-old son Frederick accompanied his father to fight in the Revolutionary War.

Knowlton and the American Revolution
At the outbreak of the Revolutionary War in April 1775, militias mobilized throughout the Connecticut colony to join the men in the Boston area conflicts. A company of Connecticut militia was organized in Ashford for the struggle against the British, and Thomas Knowlton was unanimously elected their captain. He marched the company to Massachusetts – the first unit to arrive from a sister colony after the Lexington and Concord alarms. At Boston, they were reorganized into the Fifth Company under General Israel Putnam, who had commanded Thomas Knowlton during the French and Indian War twenty years earlier.

Knowlton was ordered to Charlestown with Colonel William Prescott. Knowlton’s force consisted mostly of farmers – without uniforms and armed with shotguns – who were sent by Colonel Prescott to oppose the advancing British grenadiers, during the Battle of Bunker Hill on June 17, 1775. They took their post on the side of Breed’s Hill, where the British were landing.

Knowlton and his men converted a rail fence into a very effective breastwork by throwing up a parallel fence and filling the space between with new-mown grass. There they held their ground gallantly. When the Patriots began to withdraw, it was Knowlton and his men who formed the rear guard covering their retreat. Captain Knowlton was promoted to Major based on his performance there, and was considered the “first officer of his grade in the army.”

A wealthy Boston man presented Knowlton with a gold-laced hat, a sash, and a golden breastplate. Colonel Aaron Burr later in life said of his friend Knowlton, “I had a full account of the Battle from Knowlton’s own lips, and I believe if the chief command had been entrusted to him, the issue would have proved more fortunate.” Burr also commented on Knowlton’s promotion, “It was impossible to promote such a man too rapidly.”

Image: Death of General Warren
This painting by John Trumbull shows Thomas Knowlton’s six-foot frame looming above others at Bunker Hill on June 17, 1775, where he fiercely held on to key ground. Knowlton is the man wearing a tan vest and holding a gun in the left foreground.

During the Siege of Boston in 1776, Major Knowlton was sent by Washington to burn the remaining buildings at the base of Bunker Hill, and to capture the British guard. Knowlton accomplished this mission without firing a shot or losing a man.

In early March 1776, heavy cannons that the Patriots had captured at Fort Ticonderoga were brought to Boston by Colonel Henry Knox, and placed on Dorchester Heights. Since the artillery now overlooked the British positions, the British fled on March 17, 1776, sailing to their naval base at Halifax, Nova Scotia.

General George Washington then moved most of the Continental Army to fortify New York City. In preparing for the defense of the city, Washington felt the need for more information about the British situation there. Thomas Knowlton was put in charge of an intelligence operation.

In August, 1776, a force of Connecticut men was formed for special operations – an elite handpicked independent corps, which was under the direct command of General Washington. He asked Thomas Knowlton to command this special force and promoted him to Lieutenant Colonel. The soldiers he led were known as Knowlton’s Rangers, the first American spies. They made a significant contribution to intelligence gathering during the early Revolutionary War. Nathan Hale was one of those chosen men.

On July 6, 1775, Nathan Hale had joined the 7th Connecticut Regiment. He was promoted to captain and commanded a small unit of Lt. Colonel Thomas Knowlton’s Rangers defending New York City. On September 8, 1776, Hale volunteered to go behind enemy lines and report on British troop movements. He was ferried across on September 12.

New York City (then the area at the southern tip of Manhattan) fell to British forces on September 15, and Washington was forced to retreat to the island’s northern tip in Harlem Heights (what is now Morningside Heights), leaving Hale behind. A British officer lured Hale into betraying himself by pretending to be a Patriot, and Hale was taken prisoner.

According to the standards of the time, spies were hanged as illegal combatants. On the morning of September 22, 1776, Hale was marched along Post Road to the Park of Artillery, which was next to a public house called the Dove Tavern (at modern day 66th Street and Third Avenue), and hanged. He was 21 years old.

Nathan Hale’s words that day have been immortalized in history:
I regret that I have but one life to give for my country.

The Battle of Harlem Heights
On August 27, 1776, British troops under the command of General William Howe flanked and defeated the American army at the Battle of Long Island. Howe moved his forces and pinned the Americans down at Brooklyn Heights. On the night of August 29, General Washington evacuated his entire Army – 9000 men and their equipment – across the water to Manhattan.

On September 15, General Howe landed his army at Kip’s Bay, Manhattan. After a bombardment of the American positions on the shore, 4000 British and Hessian troops landed. The American troops began to flee at the sight of the enemy, and even with Washington’s arrival on the scene, they refused to obey orders and continued to flee. After scattering the Americans at Kip’s Bay, Howe landed 9000 more troops, but wasn’t able to cut off the American retreat. Washington had all of his troops on their way to Harlem Heights by 4:00 pm, and they all arrived there by nightfall.

On the morning of September 16, Washington received word that the British were advancing. He sent a reconnoitering party of 150 men under the command of Thomas Knowlton to probe the British lines. At daybreak, Knowlton’s troops were spotted by the pickets of the British light infantry. The British sent two or three companies to attack the Americans. For more than half an hour, the skirmish raged, with fighting in the woods between two farm fields. When Knowlton realized that the numerically superior British forces were trying to turn his flank, he ordered a retreat. The retreat was organized and conducted with no confusion or loss of life.

The British quickly pursued the Americans, and were reinforced with the 42nd Highlanders. During the retreat, the British light troops played their bugle horns signaling a fox hunt, which infuriated the Americans. Joseph Reed, who had accompanied Knowlton, rode to Washington to tell him what was going on, and encouraged him to reinforce the Rangers.

The flanking party consisted of Knowlton’s Rangers, which had been reinforced by three companies of riflemen, in total about 200 men. As they approached, an officer accidentally misled the men and attacked the British on the flank, instead of in the rear. The British troops, realizing that they had almost been surrounded, retreated to a field, where there was a fence.

The Americans soon pursued and, during the attack, Thomas Knowlton was mortally wounded in front of his men, including his 16-year-old son Frederick. Knowlton was carried off the field to prevent his capture. He is reputed to say, “You see my son, I am mortally wounded; you can do me no good; go fight for your Country.” Thomas died shortly thereafter; he was 36 years old.

Although they had superior numbers, the British could not hold their ground against the Americans. For nearly two hours, the battle continued in the field and on the surrounding hills. Finally, the British troops were compelled to withdraw, but the Americans kept up close pursuit. The chase continued until it was heard that British reserves were coming, and Washington ordered a withdrawal, and the troops left the field in good order.

In spite of the American failure to stop the British invasion of New York City the previous day at Kip’s Bay, the victory at Harlem Heights raised morale in the ranks, even among those who had not been engaged, and restored public confidence in the Continental Army. It was also Washington’s first battlefield victory of the war.

Knowlton’s loss was lamented by Washington the next day: “The gallant and brave Colonel Knowlton, who would have been an honor to any country, having fallen yesterday while gloriously fighting, Captain Brown is to take command of the party lately led by Colonel Knowlton.”

According to the Connecticut Society of Sons of the American Revolution, Thomas Knowlton was buried with military honors in an unmarked grave where he fell, at what is today the intersection of 143rd Street and St. Nicholas Avenue.

On September 18, 1776, General George Washington wrote to the president of the Continental Congress, John Hancock, reporting on the Battle at Harlem Heights: