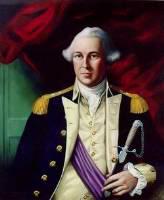 Joseph Warren was born in Roxbury, Massachusetts, on June 11, 1741. After attending the Roxbury Latin School, he went to Harvard College, graduating in 1759, and then taught for about a year at Roxbury Latin. He studied medicine with James Lloyd and opened his own practice in 1764, and he quickly became the most prominent doctor in Boston.

Warren clearly demonstrated that he recognized and accepted his civic role in his work in public clinics, conducting smallpox vaccinations and treating its victims in Boston. He remained in Boston during the 1763 smallpox epidemic, administering to the ill, and opened an inoculation hospital at Castle William in Boston Harbor. The success of the inoculations in reducing deaths established Dr. Warren’s reputation in Boston, and his practice expanded from the poor end of Boston to include the wealthy and influential.

On September 6, 1764, Joseph Warren married Elizabeth Hooton, an 18-year-old heiress. They would have five children, four of whom survived: Elizabeth, Joseph, Mary, and Richard.

While practicing medicine, Warren met both the Boston aristocracy and the radical colonial leaders who would shape his future path and define his sense of purpose as a political figure. His patients included both future Whig leaders such as John Adams and Tories such as Thomas Hutchinson, the Colony’s lieutenant governor.

Warren became involved in politics, and developed a close relationship with patriots John Hancock, Samuel Adams and Paul Revere, and was one of the original members of the patriotic organization known as the Sons of Liberty. After the Boston Massacre in 1770, Warren was at every town meeting, arguing for the rights of the American Colonies.

Elizabeth Hooton Warren died in 1772, leaving him with four children to raise.

As Boston’s conflict with the royal government came to a head in 1773-75, Warren was appointed to the Boston Committee of Correspondence. When Samuel Adams left to attend the First Continental Congress in 1774, Warren assumed leadership of the radical cause in Boston.

In March 1775, despite receiving threats on his life, Warren delivered the annual speech honoring the fallen in the Boston Massacre. Old South Church was so full that the speaker had to enter the building by climbing a ladder and crawling through a window behind the pulpit. His oration was well received, except by the British officers in attendance who heckled him.

The Second Continental Congress was scheduled for May 1775 in Philadelphia. The British Commander, General Thomas Gage, had to demonstrate that he was in control of the colony. Information he received about the militia ammunition and cannon stored in Concord, Massachusetts, provided Gage with an opportunity to make a dramatic show of force and seize the supplies in a one-day operation. Reports that Samuel Adams and John Hancock were in Lexington made the operation more irresistible to Gage. If these two radical leaders could be captured, they would be sent to England to stand trial.

However, Warren’s spy network worked as well, and he received information of Gage’s intentions on April 18, 1775. That evening, he sent Paul Revere and William Dawes on their famous Midnight Rides to warn Hancock and Adams in Lexington about the approaching troops, and to call out the citizen militia.

Warren slipped out of Boston early on April 19, and after that day’s Battles of Lexington and Concord, he participated in the harassment of British troops retreating from Lexington and Concord on April 19th, as both a soldier and doctor ministering to wounded rebels. During this fighting, Warren was nearly killed, a musket ball striking part of his wig.

Warren was subsequently selected to be the president of the Provincial Congress and thus the Rebellion’s executive leader of the colony. He convinced Congress to charter a speedy packet boat to deliver his account of the April 19th events to Benjamin Franklin in London. His letters did reach England far ahead of British General Thomas Gage’s account and were widely distributed by Franklin, causing quite a stir and extreme embarrassment to the British government. He requested that Franklin tell the British citizens that the Americans would sell their liberty “only at the price of their own lives”.

Warren then turned to recruiting and organizing soldiers for the Siege of Boston. Within a few weeks, militias from the other colonies joined Massachusetts troops in surrounding the British in Boston. Estimates are that upwards of 20,000 colonists were in the area of Boston, armed and ready to fight for their liberties.

Warren was appointed the second Major General of Massachusetts Militia on June 14, 1775. Plans for the fortifying of Breed’s Hill (now called Bunker Hill) were completed, and American forces were in position across the Charles River from Boston. Warren rushed to join them before the landing of British troops in Charlestown. He asked where would the heaviest fighting be and General Israel Putnam pointed to Bunker Hill.

At the Battle of Bunker Hill on June 17, 1775, two assaults by the British were repulsed with devastating losses suffered by their army. The third assault would succeed because the Americans had run out of ammunition. Warren was reluctant to give up and was one of the last out of the redoubt at the top of the hill.

As the final British assault breached the walls of the redoubt, Warren remained with the covering force. A musket ball hit him in the head as he protected the last soldiers fleeing the redoubt. He died instantly, at the age of 34. The British stripped his body of clothing, and buried him in a shallow ditch.

Nine months passed while the newly formed Continental Army led by George Washington forced the British to abandon Boston. After their retreat, friends of Warren’s went to the site where he fell to locate his body. Paul Revere led the search for his beloved friend and identified Warren’s remains by the artificial tooth he had placed in Warren’s jaw.

Warren’s body was brought to Boston with full honors and buried in the Old Granary Burial Ground on April 18th, 1776, the first anniversary of Lexington and Concord. He would be moved in 1825 to the tombs under Saint Paul’s Cathedral, before finally being moved in 1855 to his family vault in Forest Hills Cemetery.

At the time of Warren’s death, his children were staying with Warren’s fiancee, Mercy Scollay. She continued to look after them, gathering support for their education from Mercy Otis Warren and Benedict Arnold. During the Siege of Boston, a smallpox epidemic ravaged the city, and the children were moved to safety at their uncle Ebenezer’s home in Worcester, Massachusetts.

In 1777, the children returned to Scollay’s home in Boston, as Samuel Adams and their uncle Dr. John Warren “thought it best that the three children should be kept together.”

In 1778, Benedict Arnold learned that the Continental Congress had done nothing for the care or education of Warren’s children. Arnold sent Mercy Scollay a letter accompanied by $500 and instructions for Richard to be clothed and sent to the best school in Boston. Arnold continued his advocacy for Warren’s children, twice petitioning Congress for their support.

His appeal was rebuffed at first but succeeded the second time – in July 1780, Congress allowed Warren’s heirs the half-pay pension of a major general from the date of his death until the youngest was of age. After his marriage in 1777, young Dr. John Warren adopted his orphaned nephews and nieces.

Both of Joseph Warren’s sons died at an early age: Joseph graduated from Harvard in 1786, but died suddenly in 1790 at the age of 22; Richard, a merchant in Alexandria, Virginia, died in Boston at age 21. Daughter Mary married Judge Richard E. Newcomb of Greenfield, Massachusetts, had one son and died in 1826. Elizabeth married General Arnold Welles and lived in Boston, dying at the age of 39 in 1804.

Joseph’s younger brother, Dr. John Warren, appointed senior surgeon of the Continental Army at age 22, went on to help organize the Boston Medical Society in 1780 and was instrumental in founding Harvard Medical School.