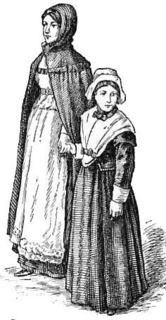 Colonial Newspaper Printer and Publisher Little is known about the early life of Ann Smith, other than she was raised in Boston, and had a solid education. At the age of twenty-seven, she married James Franklin, printer and publisher of The New England Courant. James’ hostility toward church and government authorities resulted in a jail term for printing “scandalous libel.” After his release from prison, James was ordered to cease printing the Courant, and publication of the newspaper was turned over to James’ apprentice and younger brother, Benjamin Franklin.