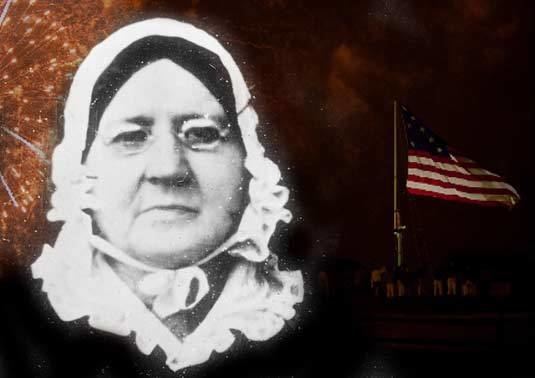 Maker of the First United States Flag Rebecca Flower Young was a Philadelphia flag maker during the American Revolution. She has been credited with making a flag that became known as the Grand Union Flag, which is considered our first national flag. The flag she sewed had thirteen red and white stripes to symbolize the unity of the American colonies and the British Union Jack in the upper left hand corner. This flag was in use from late 1775 until mid 1777, making Young one of the earliest verified makers of the Flag of the United States.