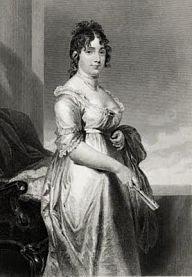 First Lady Shows Her Mettle In the years leading up to America’s second war with Britain, President James Madison’s attempts to expand the country’s armed forces had been unsuccessful. In 1811, Congress had voted to abolish Alexander Hamilton‘s Bank of the United States, making it nearly impossible for the government to raise money. Therefore, the United States began the War of 1812 with no Army to speak of and only a handful of frigates and a fleet of gunboats for a Navy. Image: Engraving of Dolley Madison in 1812 Backstory The spring of 1812 was a time of great anxiety for James and Dolley Madison. Although neither of them welcomed war, they both realized it was inevitable. At first, the…

Civil War Women in Medicine Image: Dr. Mary Edwards Walker in the male attire she so loved to wear It is unclear how many women were working as physicians in the United States before the Civil War. At that time, medical students commonly studied under an established physician and did not attend a formal medical school. Many women learned their medical skills from husbands and fathers, and then assisted the men in private practice. During the antebellum years, an unknown number of women attended medical school dressed in male attire and went on to practice medicine, while still pretending to be men. Most women doctors served in a nursing capacity during the Civil War because they were not allowed to… 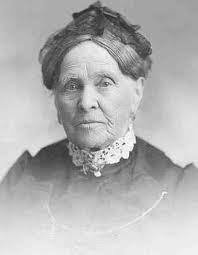 Philanthropist and Founder of Bradley University Lydia Moss Bradley (1816–1908) was a wealthy philanthropist famous for her humanitarian works in Illinois and the independent management of her wealth. A pioneer in business and philanthropy, she founded Bradley Polytechnic Institute (now Bradley University) in 1897. Bradley and her accomplishments would be notable in any age, but to achieve all of this as an independent woman in the 19th century makes her simply amazing. Lydia Moss was born in Vevay, Indiana on July 31, 1816, the daughter of Zeally and Jennett Glasscock Moss. Prior to Lydia’s birth, Zeally Moss owned a plantation in Kentucky, but decided that he did not want to make a living based on slavery. He reportedly, “gave the…

Female Confederate Spies Washington, DC was an ideal place for Confederate operatives to gather information against the North. Not only was it adjacent to slave-holding states, it was full of Southern sympathizers, many of whom were members of Congress or held other government positions, which gave them easy access to valuable intelligence. Confederate recruiters only had to find the men and women who were brave enough to act as agents. Image: Rose O’Neal Greenhow with her daughter Old Capitol Prison, Washington, DC, 1862 The earliest known spy recruiter was Virginia Governor John Letcher, who immediately set up a spy network in the federal capital. He had been a Congressman in the 1850s and knew the inner workings and social life… 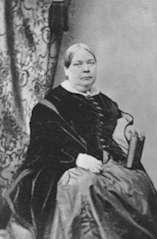 First Woman to Apply to Harvard Medical School Harriot Kezia Hunt (1805-1875) was the first American woman to practice medicine professionally. Though she did not have a medical degree, she achieved considerable success by applying the simple principles of good nutrition and exercise. In the 1850s she became involved in the burgeoning women’s rights movement and fought to open the medical profession to women. Childhood and Early Years Harriot Kezia Hunt was born in Boston, Massachusetts on November 9, 1805, the daughter of Jacob and Kezia Wentworth Hunt. The Hunts were deeply involved in Boston’s liberal religious community and reform culture, and they educated their two daughters at home. Her father died in 1827, when Harriot was twenty-two, and she…

Daughter of Union General Ulysses S. Grant Nellie Grant was the third child and only daughter of Union general and later president and first lady, Ulysses S. Grant and Julia Dent Grant. Grant was an affectionate father and his devotion to Nellie was touching to all who observed it. Nellie was only thirteen when she moved into the White House, and the press adored her. Image: Nellie at age 15 Early Years Nellie Grant was born on the Fourth of July in 1855 at White Haven, her mother’s family home near St. Louis, Missouri. She was first named Julia, at the insistence of her father, but was christened Ellen Wrenshall Grant at eighteen months to honor her dying grandmother. She… 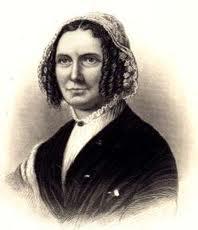 14th First Lady of the United States Abigail Fillmore was the wife of Millard Fillmore and the first of the First Ladies to hold a job after marriage. She believed that women should have equal access to higher education and had the capacity to succeed at all intellectual pursuits. Though suffering from several physical ailments, she appeared at many public and official events with the President. Childhood and Early Years Abigail Powers was born on March 13, 1798 in Stillwater, Saratoga County, New York, while it was still on the fringe of civilization. She was one of seven children: five brothers and one sister. Her father, a locally prominent Baptist preacher named Lemuel Powers, died May 18, 1800, but he…

Second Wife of General James Longstreet Helen Dortch Longstreet, known as the Fighting Lady, lived a long and eventful life. She earned her nickname as a champion of causes such as preservation of the environment, women’s suffrage and civil rights for African Americans. She also spent a great deal of time and energy defending her husband’s actions during the Civil War. Helen Dortch, born on April 20, 1863 in Carnesville, Georgia, was the daughter of Mary Pulliam and James Speed Dortch. She was educated at the Georgia Baptist Female Seminary in Gainesville, Georgia and the Notre Dame Convent in Baltimore, Maryland. On July 3, 1863, General James Longstreet (1821-1904) strongly objected to plan of attack formulated by General Robert E….

Women Find New Power and Independence The American Civil War illustrates how gender roles can be transformed when circumstances demand that women be allowed to enter into previously male-dominated positions of power and independence. This was the first time in American history that women played a significant role in a war effort, and by the end of the war the notion of true womanhood had been redefined. During the decades prior to the Civil War, female activists flocked to the abolitionist movement and exerted considerable pressure on the Southern slavocracy. Authors like Lydia Maria Child published pamphlets and books condemning the institution of slavery. Although many male politicians searched for a negotiated settlement, female abolitionists refused to accept any compromise…