Roots: The Saga of an American Family is a novel and a documentary film dedicated to Alex Haley’s grandmother, Cynthia Haley who told stories of her ancestry Alex and her other grandchildren. He listened intently and, after many years of research, he was able to produce, in writing, substantiation of that oral history. She created the symbol for all Africans of black American families, and thus she helped all of us to know, as the author pointed out “…who we are.”
The Freedom Movement
As it is historically defined, the Underground Railroad (UGRR) was a loose network of black and white abolitionists formed in the 1830s. The National Park Service (NPS) has expanded the definition of the UGRR to include every freedom seeker “who made the difficult and dangerous journey out of bondage” from the 1600s through 1865 and countless others:

who offered food, directions, secrecy to runaways on the route to freedom; the occasional brave soul who made repeated trips into the South to guide slaves to the North … and a secret network of fugitive slaves, free Blacks and whites of conscience
who organized themselves to assist and protect the fleeing slaves.

Riley-Henson House
While he lived here, Isaac Riley, an early owner of the home, acquired the slave Josiah Henson (1789-1883), who was enslaved at the Riley Plantation in North Bethesda, Maryland from 1795 to 1830.

This excerpt from Henson’s slave narrative explains what life was like for a slave in 19th-century Maryland:

We lodged in log huts, and on the bare ground. Wooden floors were an unknown luxury. In a single room were huddled, like cattle, ten or a dozen persons, men, women, and children. All ideas of refinement and decency were, of course, out of the question. We had neither bedsteads, nor furniture of any description. Our beds were collections of straw and old rags, thrown down in the corners and boxed in with boards; a single blanket the only covering. Our favourite way of sleeping, however, was on a plank, our heads raised on an old jacket and our feet toasting before the smouldering fire. The wind whistled and the rain and snow blew in through the cracks, and the damp earth soaked in the moisture till the floor was miry as a pig-sty. Such were our houses. In these wretched hovels were we penned at night, and fed by day; here were the children born and the sick – neglected. 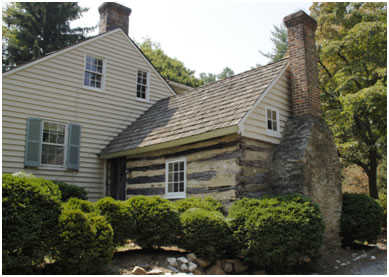 Circa 1800 Chesapeake Tidewater-style frame dwelling with circa 1850 log kitchen wing, originally the main house on an extensive plantation.

Henson tried to buy his freedom by giving his master $350, which he had saved up, and a note promising a further $100. Riley added an extra zero to the note, changing the fee to $1000. Being cheated out of his money made Josiah Henson even more determined to escape the bonds of slavery. He persuaded his wife (name unkown) and their small children that the long journey to Canada was critical to their survival as a family. The Hensons left the Riley plantation in mid-September 1830 and traveled along the Underground Railroad, arriving in Canada in October 1830.

There, Henson became a leader of a fugitive slave colony named the Dawn Settlement near the Detroit River, a refuge for former slaves. He chronicled his journey on the Underground Railroad to freedom in Canada in his autobiography, The Life of Josiah Henson, Formerly a Slave (1849), which received worldwide praise. By 1877, his narrative had sold over a quarter of a million copies.

The Life of Josiah Henson was also the inspiration for Harriet Beecher Stowe‘s title character in her novel Uncle Tom’s Cabin (1852) and helped facilitate a growing abolition movement in the United States.

Henson closes his narrative with gratitude for his liberty and expression of faith in the future of his community:

I will conclude my narrative by simply recording my gratitude, heartfelt and inexpressible, to God, and to many of my fellow-men, for the vast improvement in my condition, both physical and mental; for the great degree of comfort with which I am surrounded; for the good I have been enabled to effect; for the light which has risen upon me; for the religious privileges I enjoy, and the religious hopes I am permitted to cherish; for the prospects opening to my children, so different from what they might have been; and, finally, for the cheering expectation of benefiting not only the present, but many future generations of my race.

Most famous for her role as an Underground Railroad conductor, Harriet Tubman escaped to Philadelphia in 1849 and then boldly returned to Maryland thirteen times to rescue family and friends and guide them safely to freedom. She led her groups on foot up the Eastern Shore of Maryland and on to Wilmington, Delaware, where several stations were available. From Delaware the group traveled on to Philadelphia or other locations in southeastern Pennsylvania. Many traveled further north, some settling in Massachusetts or New York. Many continued through New York state and on to Canada.

Escaping slaves could also board boats that sailed up the Chesapeake Bay. They could sail from the many towns located directly on the Bay or from cities that were on rivers that flowed into the Bay. Many ships’ pilots were African American men who hid fugitives and helped them on their way. Some white captains were also conductors for the UGRR. Many blacks, both free and slave, were sailors, so their presence did not arouse much suspicion.

Rising above his humble beginnings, Frederick Douglass learned to read and write and then escaped from bondage while working in Baltimore’s shipyards. After his escape, he became a national leader of the abolitionist movement in Massachusetts and New York, a social reformer and statesman. His life countermanded all slaveholders’ arguments that slaves lacked the intellectual capacity to function as independent citizens. Northerners at the time found it hard to believe that such a great orator had once been a slave.

Douglass described his experiences as a slave in his 1845 autobiography, Narrative of the Life of Frederick Douglass, an American Slave, which became a bestseller and was influential in promoting the cause of abolition, as was his second book, My Bondage and My Freedom (1855). After the Civil War, Douglass remained an active campaigner for the rights of his race, and he wrote his last autobiography, Life and Times of Frederick Douglass. 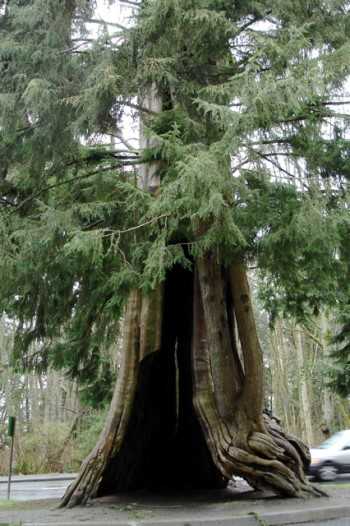 Large hollow trees such as this one were often used by runaways as hiding places. Sometimes a fire for warmth or cooking could be kindled inside the tree at night without being seen from a distance. A hollow tree could also be used as a cache for food and water provided by friends helping fugitives.

The End of Slavery in Maryland
The Emancipation Proclamation, a law issued on January 1, 1863 by President Abraham Lincoln, ended slavery in all states that were in rebellion against the United States. However, Maryland had remained in the Union. Slavery ended there on November 1, 1864, when the Maryland General Assembly wrote a new state constitution that made slavery illegal after that date. The citizens of Maryland had voted to abolish slavery – but by only by a 1,000 vote margin; the Southern part of the state was stilll heavily dependent on slave labor.

The Maryland General Assembly had first granted slavery formal legal status in 1663; therefore, the institution of slavery in Maryland had lasted just over 200 years.