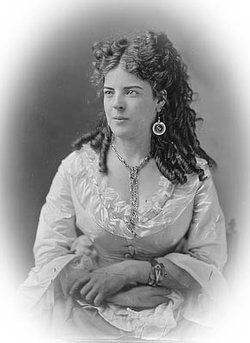 A Russian Princess in the American Civil War

Nadine Lvova Turchin was the wife of Union General John Basil Turchin. During the American Civil War, she traveled with her husband throughout the war and became widely known in the Union Army as Madame Turchin.

Early Years
Princess Nadezhda Lvova was born in Russia in 1826. Her father was a colonel in the Russian Army, and she grew up in army camps but received an excellent education. She read extensively and became proficient in four languages. Ivan Turchaninov was born into a Cossack family in Russia and attended the Imperial Military School in St. Petersburg; he fought in Hungary and in the Crimean War.

Marriage
On May 10, 1856, when Nadezhda was thirty, she married Ivan Vasilovitch Turchaninov, who was an officer on her father’s staff in the Russian Guards. The ceremony was held in Krakow, Poland, three months after the Crimean War had ended. In August 1856, Ivan Vasilievitch Turchaninov and Nedezhda Dmitrievna Lvova immigrated to the United States and changed their names to John Basil Turchin and Nadine Turchin.

Neither spoke a word of English. After they failed to make a profit at farming outside of New York City, the Turchins moved to Philadelphia, where they began taking classes. John studied engineering at the University of Pennsylvania, Nadine attended classes at the Women’s Medical College of Philadelphia.

The Illinois Central Railroad hired John Turchin as an assistant to future Union general George B. McClellan, chief engineer and vice president of the Railroad. Turchin had met McClellan while he served there as a military observer for the United States in Russia during the Crimean War. John and Nadine settled in Mattoon, Illinois.

The Turchins in the Civil War
In 1861 John Turchin resigned his position with the railroad to accept a commission as the colonel of the 19th Illinois Infantry Regiment. Despite orders against wives travelling with their husbands, when the regiment went into training at Quincy, Nadine went with John. When the 19th left for the Western Theater, she rode right along with them, with a revolver and dagger on her belt.

John Basil Turchin was the only the Russian-American general in the United States Civil War. While marching in Tennessee in the spring of 1862, he became severely ill and for several days he rode in an ambulance. Nadine nursed her husband during his illness and took his place as commander of the regiment, but the men of the 19th registered no complaints about being led by a woman. In the battles that followed, Nadine was constantly under fire, encouraging, nursing, and rescuing the men. The soldiers in the field called her Madame Turchin.

Rape of Athens
Colonel Turchin despised the Union’s policy of restrained warfare: protecting southern property from damage or use by the Union army. Turchin called it “the greatest military absurdity that was ever practiced in the prosecution of war.” In the spring of 1862, after their victory at the Battle of Shiloh, Union forces – including Colonel John Basil Turchin’s brigade – advanced into northern Alabama.

After a day of hard fighting, Turchin’s men looted and pillaged the town of Athens, Alabama on May 2, 1862 with damages estimated at $55,000. The list of charges from The Official Record of the War of the Rebellion includes fascinating detail of what precisely his soldiers were accused. This is only an excerpt:

Squads of soldiers, with force of arms, entered the private residence of John F. Malone, and forced open all the locks of the doors, broke open all the drawers to the bureaus, the secretary, sideboard, wardrobes, and trunks in the house, and rifled them of their contents, consisting of valuable clothing, silver-ware, silver-plate, jewelry, a gold watch and chain, etc., and in the performing of these outrages they used coarse, vulgar, and profane language to the females of the family.

Turchin Court-Martial
Commanding officer, General Don Carlos Buell believed in restrained warfare. He had Turchin court-martialed on three charges: neglect of duty, conduct unbecoming of an officer, and disobedience of orders. Turchin pled guilty only to the third: Nadine’s presence in his camp defied army orders. Turchin was acquitted of most of the charges and discharged from the army in August 1862. He returned to Chicago where he was greeted by a cheering crowd of thousands.

Meanwhile, Madame Turchin traveled to Washington DC to lobby on her husband’s behalf. No evidence exists that she met with President Abraham Lincoln, but Lincoln reinstated John Turchin into the army and promoted him to brigadier general. 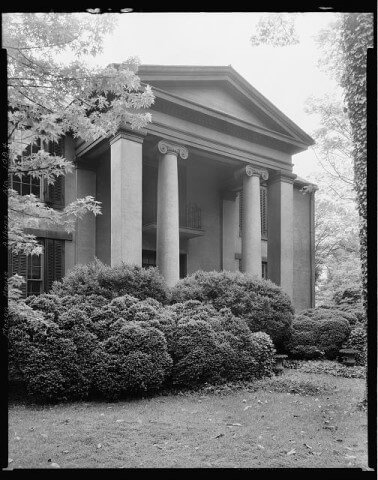 And so the Turchins returned to the Civil War – despite the fact that Nadine’s presence had contributed to his being court-martialed. She avoided that issue from coming up again by petitioning for recognition as a nurse, which was approved of by General James A. Garfield. She was viewed as a motherly figure who went out of her way to care for injured and sick soldiers in the regiment, and who was “utterly devoid of fear” on the battlefield.

One of General Turchin’s soldiers described him as:

He was one of the best-educated and knowledgeable soldiers of the United States. He loved this country more than many American-born citizens did.

I think that it is an excellent idea to write a diary in the present situation. These pages, in which I speak frankly as I think, are a true safety valve for anyone who is neither patient nor discreet.

Her primary concern was the well-being of her husband, whose care she placed above all else. She included her opinions of her husband’s fellow officers in her dairy as well as accounts of battles in which she participated. Following the disastrous Battle of Chickamauga (September 19-20, 1863), John could not be found. Nadine searched the roads for hours in poor physical condition until word came that he was safe.

During the Battle of Missionary Ridge on November 25, 1863, Madame Turchin climbed onto the eastern hills of Missionary Ride to watch the battle. After the victorious Chattanooga Campaign, John delivered several captured Confederate battle flags to Nadine as trophies.

Madame Turchin remained in the field with her husband in all campaigns of the Western Theater. Despite reservations concerning the Union Army and its leadership, she remained intensely loyal to the North, expressing her hopes for the United States:

Let us hope that the immense efforts and the countless sacrifices of the people will bring about a rational direction to the nation’s destiny despite the ineptness and treachery that occur in the leadership of the movement.

General Turchin resigned from the army in October 1864 after suffering a heatstroke. He and Madame Turchin returned to their home in Chicago to cheering crowds. The general was presented a sword, and a band played “Lo, the Conquering Hero Comes.” For a time he worked as a patent solicitor and civil engineer. 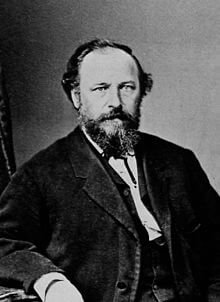 As the years progressed, John Basil Turchin suffered from dementia, attributed to the heatstroke he had suffered during the Chickamauga Campaign. At age 79, he died penniless in an institution in Anna, Illinois on June 18, 1901.

After John’s death, Nadine’s legal guardian Michael Pawlowski helped her obtain a government pension. When Madame Turchin died on July 17, 1904, Pawlowski inherited her possessions, including her diary. The diary remained in the Pawlowski family for 75 years, and then they donated it to the library of Northern Illinois University.

SOURCES
Wikipedia: Madame Turchin
From Russia with Love: John and Nadine Turchin
Nadine Turchin Fights Alongside her Husband in the Civil War
A Journey Through Slavic Culture: The Tale of Ivan Turchaninov