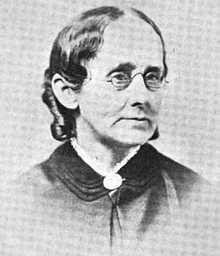 Mary’s sisters were Elizabeth Palmer Peabody, reformer and pioneer in establishing kindergartens in the United States; and Sophia Peabody Hawthorne, artist and wife of author Nathaniel Hawthorne. Her three brothers, Wellington Peabody, George Francis Peabody, and Nathaniel Cranch Peabody did not achieve greatness like their sisters.

Mrs. Peabody had urged her husband to become a doctor, but he studied dentistry instead. Unfortunately, rather than tending to patients, he wrote pamphlets about how to care for teeth and experimented with herbal remedies. Therefore, Mrs. Peabody’s teaching salary supported the family, and Mary and her siblings grew up in genteel poverty, as defined in The Living of Charlotte Perkins Gilman: An Autobiography:

More than once I saw my mother without any money or any definite prospect of any. The lack of money never impressed me at all. Not only were we used to it but in the literature we fed on – Louisa Alcott, Mrs. A.D.T. Whitney [Adeline Dutton Train Whitney], the Youth’s Companion, etc. – the heroes and heroines were almost always poor and good, while the rich people were generally bad. It was many years before I was wholly assured that rich people could be just as good as poor ones.

Horace Mann
Mary later moved to Boston to help her sister Elizabeth Peabody run a school for young children. The sisters moved into a Boston boarding house in their mid-twenties. Education reformer, Horace Mann, moved into the same establishment in 1833. Mann promoted free public education for everyone and establishing schools to train teachers.

The Peabody sisters became supporters of his philosophy of free education and traveled throughout Massachusetts promoting his ideas. Mary Peabody took a liking to Horace Mann almost immediately, but Mann was still grieving over the death of his wife Charlotte Messer in August of the previous year. Mann did not return Mary’s affections, certainly not romantically, for almost a decade.

Horace Mann’s early life had not been easy. His preliminary education was lacking, but he managed to enter Brown University and graduated with honors in 1819. He studied law and was admitted to the Massachusetts bar in 1823. Mann was elected to the state legislature in 1827 and Speaker of the Senate in 1835.

In spring 1835, Mary Peabody moved in with her brother George and worked for a while tutoring students in Italian, and then returned to Salem. In 1836, Mary and her sister, Elizabeth Peabody, founded and operated one of the first private schools in Boston to admit girls as well as boys.

Horace Mann was appointed secretary to the Massachusetts Board of Education in 1837; Mary served as his assistant and contributed lessons to his paper, Common School Journal. During his twelve years on the Board, Mann raised public awareness and gained support for increasing teachers’ pay and establishing normal schools to train young people to be teachers.

During this time, Mary also wrote a children’s book, The Flower People: Being an Account of the Flowers by Themselves; Illustrated with Plates (1838). This was a collection of tales about a young girl who was introduced to plants in her garden and had imaginary conversations with crocuses, violets, and geraniums. It became very popular with children and their parents.

According to this excerpt from American National Biography Online, Mary was an innovative teacher:

By the time of her marriage to Horace Mann in 1843, Mary was an experienced teacher with a repertoire of original methods, many of which featured the outdoors: She took her pupils to the Boston Common to narrate the history of the city’s founding and to observe the growth of trees and flowers through the seasons. She believed in individualized reading instruction for beginners, and her Primer, which employs a whole-word rather than phonetic method, reveals a philosophy of education as guided nurture.

A series of letters written to a novice teacher at about this time … exhibits a confident, even radical frame of mind. She writes of her schoolroom as “my own little free republic” and asks, “What do men know about the needs of little children just out of nurseries?” Her answer: School committees should be “formed of women.”

Marriage and Family
On May 1, 1843, Mary Peabody (age 36) married Horace Mann (almost 46); within an hour the newlyweds had set sail for Europe on the Hibernia. They spent their honeymoon traveling throughout England, Scotland, Germany and Holland visiting schools and studying teaching methods, bringing the newest and most innovative ideas home to America. 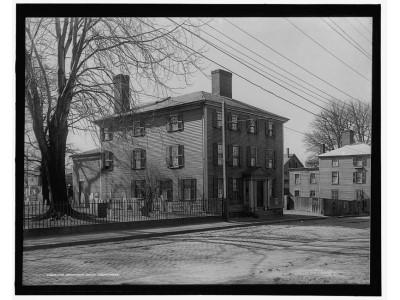 Antioch College
Founded in 1852, Antioch College was committed to coeducation and equal opportunities for African Americans. In 1853, the new institution appointed Horace Mann as its first president and professor of philosophy and theology, and the family moved to Yellow Springs, Ohio.

Mary filled the role of president’s wife and campaigned to change the American habit of overeating. In her book Christianity in the Kitchen: A Physiological Cookbook (1858), she warned her readers against consuming rich and fatty foods and spices and to abstain from alcohol.

Horace Mann died of typhoid fever in 1859 while still at Antioch College. He would forever be known as the Father of Public Education.

Widowhood
Heart-broken, Mary Peabody Mann returned to Massachusetts and rented the home known as The Wayside in the village of Concord. The home was owned by Nathaniel and Sophia Hawthorne, and the following year they returned from Britain, where Nathaniel had been serving as United States consul.

Mary then purchased a house for her family and her sister Elizabeth. The sisters opened another school together, and Mary began writing a biography of her late husband, Life and Works of Horace Mann.

Horace Mann Jr.
The oldest of Mary Peabody Mann’s three sons, Horace Mann Jr. had completed his first year of college at Antioch. Concord neighbor Henry David Thoreau mentored him in botany; in May 1861, Jr. went with Thoreau on an expedition to Minnesota, where they hoped the climate would benefit Thoreau’s tuberculosis. However, his disease continued to plague him, and the pair returned to Concord two months later.

Asa Gray hoped Mann would take his place at the Botanical Garden and in the botany department at Harvard University in 1868, but Horace Mann Jr. died of tuberculosis November 11, 1868 – the same day he was elected to the American Academy of Arts and Sciences. He is credited with discovering more than 100 species.

First American Kindergarten
Elizabeth Peabody’s new passion was for German educator Friedrich Froebel and the new concept he called kindergarten, or children’s garden. Before Froebel’s creation, children under the age of 7 did not attend school. It was believed that young children did not have the ability to focus or to develop cognitive and emotional skills before this age. 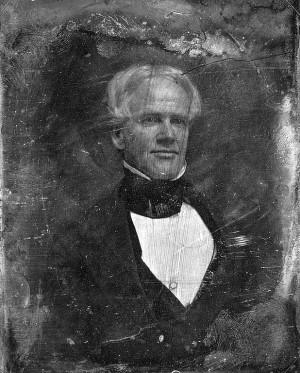 Elizabeth raised funds to establish the first school, and then traveled and lectured throughout the Northeast advocating kindergartens and recruiting and training teachers. Mary saw to the business details behind the scenes, also editing and writing for the Kindergarten Messenger.

In 1871, their sister Sophia Peabody Hawthorne, whose health was never robust, died in London at age 61.

Mary Peabody Mann also helped by editing Life Among the Piutes: Their Wrongs and Claims (1883) by Sarah Winnemucca [Hopkins], the first Native American woman known to publish in the English language. This is the Editor’s Preface written by Mann:

My editing has consisted in copying the original manuscript in correct orthography and punctuation, with occasional emendations by the author, of a book which is an heroic act on the part of the writer. Mrs. Hopkins came to the East from the Pacific coast with the courageous purpose of telling in detail to the mass of our people, “extenuating nothing and setting down naught in malice,” the story of her people’s trials. Finding that in extemporaneous speech she could only speak at one time of a few points, she determined to write out the most important part of what she wished to say.

In fighting with her literary deficiencies she loses some of the fervid eloquence which her extraordinary colloquial command of the English language enables her to utter, but I am confident that no one would desire that her own original words should be altered. It is the first outbreak of the American Indian in human literature, and has a single aim – to tell the truth as it lies in the heart and mind of a true patriot and one whose knowledge of the two races gives her an opportunity of comparing them justly.

At this moment, when the United States seem waking up to their duty to the original possessors of our immense territory, it is of the first importance to hear what only … an Indian woman can tell. To tell it was her own deep impulse, and the dying charge given her by her father, the truly parental chief of his beloved tribe.