Pioneer for Women in the Medical Professions 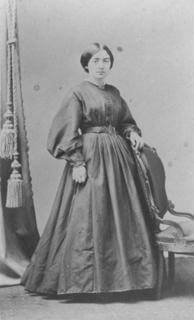 Mary Putnam Jacobi was a prominent physician, author, scientist, activist, educator, and perhaps most importantly, a staunch advocate of women’s right to seek medical education and training. Men in medicine claimed that a medical education would make women physically ill, and that women physicians endangered their profession. Jacobi worked to prove them wrong and argued that it was social restrictions that threatened female health.

Jacobi was the most significant woman physician of her era and an outspoken advocate for women’s rights, rising to national prominence in the 1870s. She was a harsh critic of the exclusion of women from the professions, and a social reformer dedicated to the expansion of educational opportunities for women, labor reform, and suffrage – the most important women’s rights issues of her day. She supported her arguments for the rights of women with scientific proof.

Early Years
Mary Corinna Putnam was born August 31, 1842 in London, England, daughter of American parents, George Palmer Putnam and Victorine Haven Putnam, and the oldest of eleven children. Her family had been living in London since the previous year, while her father established a branch office for his New York City publishing firm, Wiley & Putnam. The Putnam family returned to the United States in 1848, and she spent her childhood and adolescence in Staten Island, Yonkers, and Morrisania, New York.

Mary received her early education from her mother at home, at a private school in Yonkers, and then at a new public school for girls in Manhattan, where she graduated in 1859. She published a story, “Found and Lost,” in the April 1860 issue of Atlantic Monthly. Throughout her life she wrote political essays and fiction, and more than 120 scientific articles and 9 books.

Medical Education
After her 1859 graduation, she decided she wanted to become a doctor. Her father thought medicine was a repulsive profession, especially for a woman, but he ultimately supported her decision. No medical school in New York admitted women, so she studied medicine privately with Dr. Elizabeth Blackwell [link], the first woman in American to earn a medical degree (1849), and attended pharmacy school, graduating from the New York College of Pharmacy in 1863, while the Civil War was being fought.

A group of Quaker women, particularly Ann Preston [link], founded the Woman’s Hospital of Philadelphia in 1861 to provide clinical experience for Female Medical College students, and to:

… establish in the City of Philadelphia a Hospital for the treatment of diseases of women and children, and for obstetrical cases; furnishing at the same time facilities for clinical instruction to women engaged in the study of medicine, and for the practical training of nurses; the chief resident physician to be a woman.

This teaching hospital could provide many patients gathered in one place for some time, who could be examined while the course of their diseases were observed.

Jacobi convinced the faculty to allow her to sit for her exams early, and in protest over the special allowances made for her, Dean Edwin Fussell resigned after her graduation. Ann Preston, who had argued for Putnam’s early examination, took over his post as America’s first woman dean of a medical school.

She received her Doctor of Medicine degree at the Female Medical College of Pennsylvania in 1864 and moved to Boston to study clinical medicine at the New England Hospital for Women and Children, founded in 1862 by fellow graduate, Marie Zakrzewska [link]. After a few months, Jacobi realized that she needed more education before practicing medicine. At that point she began to support co-education for men and women, arguing that women’s medical schools could not provide the same training and clinical practice as at established universities affiliated with large hospitals.

Medical Education in Europe
Jacobi decided in 1866 to seek further training in Paris, France. There she attended clinics, lectures, and a class at the Ecole Pratique, and then decided to seek admission to the L’Ecole de Medecine of the University of Paris, which refused to admit women. She remained in Paris studying in less well-known schools and contributing letters, articles, and stories to American journals and newspapers, including the Medical Record, Putnam’s Magazine, the New York Evening Post, and Scribner’s Monthly. 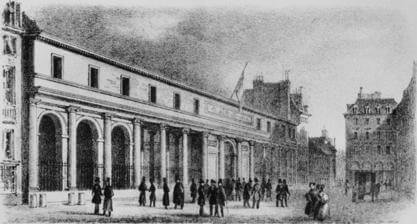 In January 1868 a directive from the minister of education forced the faculty to admit her as the first woman student. Her course was a distinguished one, and she graduated in July 1871 with a prizewinning thesis, the second woman to get a degree at the prestigious L’Ecole de Medecine.

Career in Medicine
After returning to the United States in the fall of 1871, she established a medical practice in New York City and became lecturer of materia medica (medicines) from 1871, and professor of materia medica and therapeutics from 1873 to 1889 at the Women’s Medical College of the New York Infirmary, just opened by Dr. Elizabeth Blackwell and her surgeon sister, Dr. Emily Blackwell [link]. Jacobi also practiced medicine among the poor in the slums while working there.

Her mentor Dr. Elizabeth Blackwell viewed medicine as a means for social and moral reform, while Jacobi focused on curing disease. On a deeper level, Blackwell believed women would succeed in medicine because of their humane female values, but Jacobi believed that women should participate as the equals of men in all medical specialties.

The quality of her own education demonstrated to her the poor training available to most American women who wanted a career in medicine. In 1872 she organized the Association for the Advancement of the Medical Education of Women to improve that situation; she served as president of the association from 1874 to 1903. Her teaching at the Medical College often exceeded what her students were prepared to learn and led to her resignation from the Medical College in 1888.

Marriage and Family
When Mary applied for membership in the Medical Society of the County of New York, Abraham Jacobi was president. In 1873, Mary Putnam married Dr. Jacobi, who is often referred to as the “father of American pediatrics.” They had three children, though their first daughter died at birth and their only son died at age seven. Their third child, Marjorie Jacobi McAneny, survived to adulthood, and Mary educated her daughter according to her own educational standards.

In the same year (1873), Dr. Jacobi began a children’s dispensary service at Mount Sinai Hospital. From 1882 to 1885 she lectured on diseases of children at the New York Post-Graduate Medical School. As an attending and consulting physician, Dr. Jacobi opened a children’s ward at the New York Infirmary in 1886. Her ability to diagnose and her insistence on the highest standards ranked her among America’s great physicians. In addition to clinical work and teaching, she continued to find time to write. 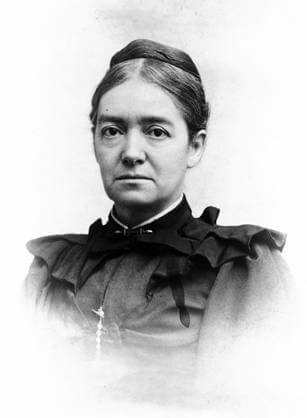 Dr. Jacobi became a member of several medical associations, including the New York Pathological Society; memberships in these organizations were vital to securing jobs and the respect of her colleagues. She was admitted to the prestigious New York Academy of Medicine by one vote, making her the society’s first female member. She was the second woman member of the Medical Society of the County of New York and was admitted to the American Medical Association.

In 1891 she contributed a paper on the history of women physicians in the United States to Women’s Work in America (1891). Entitled “Women in Medicine,” this is an excerpt from that paper:

When people first began to think of educating women in medicine, a general dread seemed to exist that, if any tests of capacity were applied, all women would be excluded. The profound skepticism felt about women’s abilities, was thus as much manifest in the action of the friends to their education as in that of its opponents.

But by 1882, the friends dared to call upon those who believe in the higher education of women, to help to set the highest possible standard for their medical education; and upon those who do not believe in such higher education to help in making such requirements as shall turn aside the incompetent, not by an exercise of arbitrary power, but by a demonstration of incapacity, which is the only logical, manly reason for refusing to allow women to pursue an honorable calling in an honorable way.

Late Years
Jacobi’s work with reformers and suffragists made her a leading spokesperson for women’s health. As a leading feminist, she rejected the traditional wisdom about the weaknesses of women. This excerpt from her book, Common Sense Applied to Woman Suffrage (1894), illustrates her dissatisfaction with women’s place in American society, especially the lack of suffrage:

No matter how well-born, how intelligent, how highly educated, how virtuous, how rich, how refined, the women of to-day constitute a political class below that of every man, no matter how base-born, how stupid, how ignorant, how vicious, how poverty-stricken, how brutal. The pauper in the almshouse may vote; the lady who devotes her philanthropic thought to making that almshouse habitable, may not. The tramp who begs cold victuals in the kitchen may vote; the heiress who feeds him and endows universities may not.

Over the course of her career, Jacobi wrote more than 100 medical papers. So it should come as no surprise to learn that she wrote a detailed account of her own fatal illness, a meningeal brain tumor: “Description of the Early Symptoms of the Meningeal Tumor Compressing the Cerebellum. From Which the Writer Died. Written by Herself.”

Dr. Mary Putnam Jacobi died June 10, 1906 in New York City at age 63, and was buried in Green-Wood Cemetery in Brooklyn. Many prominent physicians, including Dr. Emily Blackwell, honored her at her funeral.