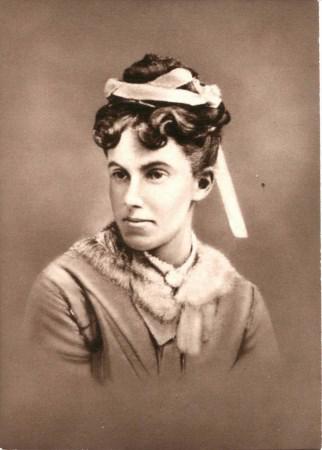 Charlotte Digges “Lottie” Moon (1840–1912) was a Southern Baptist missionary to China with the Foreign Mission Board who spent nearly forty years living and working there. As a teacher and evangelist, she made many trips into China’s interior to share the gospel with women and girls.

Early Years
Charlotte Digges Moon was born December 12, 1840 to affluent parents who were staunch Baptists, Anna Maria Barclay and Edward Harris Moon. She was fourth in a family of five girls and two boys. She grew up on her family’s 1,500-acre tobacco plantation called Viewmont, near Scottsville, Virginia. When Moon was thirteen, her father died in a riverboat accident.

Tobacco is a labor-intensive crop that requires a full year of labor to grow. That labor was provided by slaves. First, gather the tiny seeds, grow them early in the year in cold frames, transplant the seedlings to the fields when the soil is warm, weed them with a hoe throughout the summer, “top” the plants (remove the flowers and force more of the plant’s energy into the leaves); then harvest the leaves and prepare them for market.

The Moon family valued education, and at age fourteen Moon attended the Baptist-affiliated Virginia Female Seminary, before enrolling at the Albemarle Female Institute in Charlottesville in 1857. Albemarle was an unofficial extension of the all-male University of Virginia. Moon was adept at languages, studying Latin, Greek, French, Italian and Spanish. In 1861 she became one of the first women in the South to earn a Master of Arts degree.

Career in Education
After graduation, Moon returned home to Viewmont, where she tutored her younger sister and helped her mother maintain the family estate during the Civil War. After the war she began a teaching career at female academies, first in Danville, Kentucky. In Cartersville, Georgia, Moon and her friend Anna Safford opened Cartersville Female High School in 1871. Although the school was successful, neither woman was satisfied.

To her family’s surprise, Moon’s younger sister Edmonia accepted a call to go to North China as a missionary in 1872. By this time the Southern Baptist Convention had relaxed its policy against sending single women into the mission field, and Moon soon felt called to follow her sister to China. On July 7, 1873, the Foreign Mission Board officially appointed her as a missionary to China, at age 33.

Crawford Howell Toy
While Toy was a professor of Old Testament studies at Southern Baptist Theological Seminary in Louisville, Kentucky, he was embroiled in a controversy. Toy began to see Charles Darwin and his evolutionary theory as truth revealed by God “in the form proper to his time.” Influenced by a method of studying scripture popularized in Europe by Julius Wellhausen, Toy came to believe that the writers of the New Testament misunderstood the original meaning of several Old Testament passages.

Dr. James P. Boyce, president of the school, asked Toy to refrain from teaching contrary to the school’s Abstract of Principles. Toy, however, insisted on answering questions by students pertinent to his new understanding of the Old Testament. An April 1879 article in The Sunday School Times about his views of Isaiah 53:1-12 led to his forced resignation in May of the same year. In 1880, Toy accepted a position as professor of Hebrew and Semitic languages at Harvard University.

Moon and Toy
Crawford Howell Toy and Charlotte Digges Moon first met at Albemarle Female Institute. She had previously studied the Romance languages; under Toy, she learned Hebrew and English grammar. He wrote, “She writes the best English I have ever been privileged to read.”

While some contend Toy proposed to Moon before the Civil War, her first mention of a marriage proposal from Toy came in 1881. In a letter to Southern Baptist Foreign Mission Board secretary H. A. Tupper, Moon stated that she planned to marry Toy. However, their relationship did not survive Toy’s controversial new religious beliefs and Moon’s commitment to remain in China as a missionary for Southern Baptists. The engagement was broken and their marriage never occurred.

Career as a Missionary in China
Moon began her work at the North China Mission Station in Shandong, and began her ministry by teaching in a school. But when she accompanied some of the seasoned missionary wives on visits to distant villages in 1879, Moon discovered that what she enjoyed most was converting others to the Christian faith (evangelism) and creating new churches (church planting).

Moon began to believe that single women missionaries were an oppressed class. Her writings were an appeal on behalf of all those who were facing similar situations in their ministries. In an article titled “The Woman’s Question Again,” published in 1883, she wrote:

“Can we wonder at the mortal weariness and disgust, the sense of wasted powers and the conviction that her life is a failure, that comes over a woman when, instead of the ever broadening activities that she had planned, she finds herself tied down to the petty work of teaching a few girls?”

Moon waged a slow but relentless campaign to give women missionaries the freedom to minister and have an equal voice in mission proceedings. A prolific writer, she corresponded frequently with H. A. Tupper, head of the Southern Baptist Foreign Mission Board, informing him of the realities of mission work and the desperate need for more workers, which the poorly funded board could not provide.

In 1885, at the age of 45, Moon gave up teaching and moved into the interior to evangelize full-time.
In the countryside, she was able to draw eager women and children to hear her message. Itinerant country preaching gave her the satisfaction she had sought for so long. Her converts soon numbered in the hundreds. She encouraged Southern Baptist women to organize mission societies to support additional missionary candidates. Many of her letters appeared in denominational publications.

Could a Christian woman possibly desire higher honor than to be permitted to go from house to house and tell of a savior to those who have never heard his name? We could not conceive a life which would more thoroughly satisfy the mind and heart of a true follower of the Lord Jesus.

Trying to arouse as little suspicion as possible, Moon began acting and dressing as the Chinese did. She set a plate of cookies in her doorway to attract neighborhood children. Through these children, she met their mothers. Over time, Moon was accepted in her neighborhood. She described her plan of mission work:

The missionary comes in and settles down among the natives. His first objective is to convince them that he is human and that he is their sincere friend. By practice and gentleness and unwearied love, he wins upon them … Now begins the work of teaching with some hope of making a real impression.

Then, in 1887, Moon wrote to the Foreign Mission Journal and proposed that the week before Christmas be established as a time of giving to foreign missions. Southern Baptist women organized local Women’s Missionary Societies and Sunbeam Bands for children to promote missions and collect funds to support missions. The first “Christmas offering for missions” in 1888 collected over $3,315, enough to send three new missionaries to China.

In 1891, Moon took a much needed furlough in the US. She was concerned that her fellow missionaries were burning out from lack of rest and renewal and going to early graves. The mindset back home was “go to the mission field, die on the mission field.” Many never expected to see their friends and families again. Moon argued that regular furloughs every ten years would extend the lives and effectiveness of missionaries. Moon left for the United States in mid-1891 and did not return to China until early 1894. 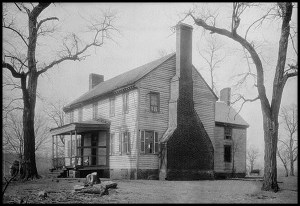 Throughout her missionary career, Moon faced plague, famine, revolution and war, which profoundly affected mission work. Famine and disease took their toll, as well. When Moon returned from her second furlough in 1904, she was deeply struck by the suffering of the people who were literally starving to death all around her. She pleaded for more money and more resources, but the mission board was heavily in debt and could send nothing.

Mission salaries were voluntarily cut. Unknown to her fellow missionaries, Moon shared her meager finances and food with the starving Chinese people around her mission, severely affecting both her physical and mental health. In 1912, she weighed 50 pounds. Alarmed, fellow missionaries arranged for her to be sent back home with a missionary companion.

Charlotte Digges Moon died December 24, 1912 at age 72. At the time of her death, she was en route to the United States, but took her last breath in the harbor at Kobe, Japan. Her body was cremated and her remains were returned to her family in Virginia for burial. Cause of death: severe malnutrition.

Charlotte Moon has come to personify the missionary spirit for Southern Baptists and other Christians. The annual Lottie Moon Christmas Offering for Missions has raised a total of $1.5 billion for missions since 1888, and finances half the entire Southern Baptist missions budget every year.