Pioneer Physician and Professor of Anatomy 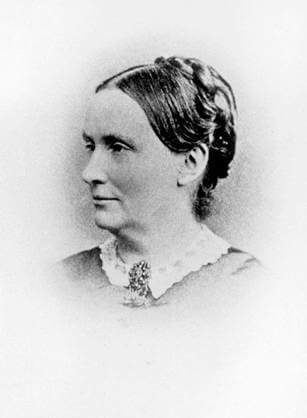 Hannah Myers Longshore graduated from the Female Medical College of Pennsylvania’s first class in 1851 and became Philadelphia’s first woman doctor with a medical degree to establish a private practice, which she continued for forty years. She also lectured extensively first at the Female Medical College, and later in public speeches about sexual health at a time when there was little public discussion of any kind on the subject.

Early Years
Hannah Myers was born May 30, 1819 in Sandy Spring, Maryland, where her father taught at a Quaker school. She was the daughter of Samuel and Paulina Myers, Quakers from Bucks County, Pennsylvania who believed in equal education for boys and girls. While Hannah was still very young, her family moved to Washington, DC, where she attended a Quaker school until her early teens.

Her father, an abolitionist, was angered by the existence of slavery in the nation’s capital. In 1833 he moved the family to a farm in Columbiana County, Ohio, where they could be close to the Quaker colony at New Lisbon. From an early age, Hannah was interested in science. Her early education was obtained at New Lisbon Academy, but she was unable to attend Oberlin College due to a lack of funds.

In 1841, Hannah Myers married Thomas Ellwood Longshore, a teacher at the New Lisbon Academy and a staunch supporter of advanced education for women. Thomas supported his new wife’s plans to go to medical school but Hannah’s education was again postponed by the birth of two children: Channing (1842) and Lucretia (1845), named after abolitionist Lucretia Mott.

In 1845, Thomas lost his teaching position because of his abolitionist convictions, and he then moved his family to his hometown, Attleboro, Pennsylvania, where he again began teaching at a Quaker school.

Thomas’ brother, Dr. Joseph Skelton Longshore, was a physician in Attleboro who strongly supported medical education for women. Dr. Longshore was involved in some of the earliest efforts to open the field of medicine to women in the United States. He encouraged both Hannah and his sister Anna Longshore to study his medical books and to observe his work with patients.

In its early days, the Female Medical College of Pennsylvania faced serious opposition from the male medical establishment. These men believed that women were, first of all, too feeble-minded to learn the demanding curriculum, and they were also too delicate to endure the physical requirements of practicing medicine.

One of the most serious barriers to the success of the college was the lack of clinical experience available to its students and interns because area hospitals would not allow women to attend lectures or to treat patients. To remedy this situation, Dr. Ann Preston, also a member of the College’s first graduating class, founded Woman’s Hospital of Philadelphia in 1861. 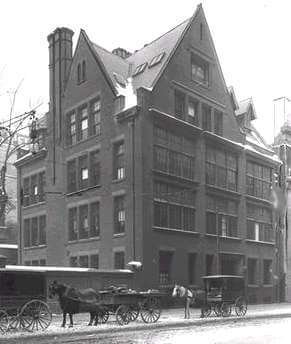 Completing the customary four months of training, Longshore was one of eight women who received MD (Doctor of Medicine) degrees, all with the unfailing support and encouragement of her husband. Dr. Hannah Longshore was then appointed instructor of anatomy at the Female Medical College, serving in that capacity from 1851 to 1852.

The Myers family was very active in Philadelphia medicine in the 19th century. Hannah’s sisters, Mary Frame Myers Thomas and Jane Viola Myers, also graduated from medical schools. Dr. Mary Frame Thomas became a prominent physician in Fort Wayne and Richmond, Indiana (1854-1888). Despite the unpopularity of women physicians at that time, Dr. Thomas was elected a member of the Wayne County Medical society in 1875.

Dr. Mary Frame Thomas studied at the Western Reserve College of Medicine, was president of the Indiana State Medical Society and worked with the Sanitary Commission during the Civil War. She was also a leader in the causes of temperance, prison reform and women’s suffrage, and operated an Underground Railroad station for escaped slaves.

From February to June 1852 Dr. Hannah Longshore served as an instructor of anatomy at the New England Female Medical College in Boston, becoming one of the first women faculty members at an American medical school. She also gave public lectures on sexual health at a time when there was little public discussion of any kind on the subject.

She returned to Philadelphia to work at the Female Medical College later that year, but left in 1853 after a rift with the college faculty over how medicine should be taught. When Dr. Joseph Longshore and others left the college to start a new medical school, the Pennsylvania Medical University, Dr. Hannah Longshore went with them. She taught anatomy at the Pennsylvania Medical University for the next four years.

When Dr. Hannah Myers Longshore began her private practice in 1858, she became Philadelphia’s first woman doctor in private practice, a role she maintained for forty years. Despite her eventual success, her early work in private practice was not without challenges. Many male doctors would not consult with her; one advised her to “go home and darn your husband’s socks.” Many pharmacists would not fill her prescriptions. For a time, she had to prepare her own medicines by hand.

Despite objections, Dr. Longshore offered a series of public lectures on physiology and hygiene, encouraged by women’s rights leaders such as Lucretia Mott. Dr. Hannah Longshore’s frank discussions of sexual matters shocked conservatives but brought her praise by others, and many patients.

Dr. Joseph Longshore served as chair of obstetrics at the Penn Medical University until his death in December 1879, and remained active writing and publishing books on obstetrics and medical education for women. His obituary stated that, “to educate women in medicine was the leading desire of the last 30 years of his life [and] by his voice and pen, in private and public, he advocated and defended it amid great opposition.”

Over the years, Dr. Hannah Longshore’s practice became very successful. At one point, her practice included around three hundred families, a record met by few other doctors of the time. After forty years, she retired in 1892. Thomas Longshore died on August 19, 1898 in Philadelphia.

Dr. Hannah Myers Longshore died October 19, 1901 at the age of 82, leaving a remarkable legacy of four decades in private practice.