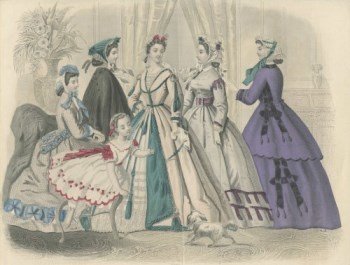 Women Spies for the South

Although the exact number is unknown, it is speculated that several hundred women served as spies and smugglers for the Confederate Army during the Civil War. Whatever their duties, these new jobs redefined their traditional roles as housewives and mothers and made them an important part of the war effort. Confederate military leaders actively recruited women for undercover operations, mainly because of their familiarity with local customs and geography.

Many women spies in the South remained at home, supplying critical information about the daily activities of nearby soldiers and military leaders. Southern belles invited enemy officers to their parties, hoping to pick up some new tidbit of information.

As the Civil War unfolded, there was a major shift in how women operatives were viewed and utilized. At the beginning of the conflict, women were considered innocent and non-threatening. As the war progressed, political and military leaders began to understand and appreciate the immense value of women operatives, and they no longer looked upon them as above suspicion.

This changing perception of gender roles made intelligence gathering much more dangerous for females, especially those serving undercover. Elaborate spy networks were established with women serving at all levels: scouts, encryption specialists, agent handlers and spies. Female field agent reported to military or civilian case officers who were responsible for her activities.

Rose O’Neal Greenhow
Even before the war began, intelligence gathering for the South was focused on Alexandria, Virginia and Washington, DC. By the outbreak of war, the South was already operating an embryonic spy ring, set up late in 1860 or early in 1861 by Thomas Jordan. A former U.S. Army officer, now a Confederate colonel, Jordan foresaw the benefits of placing intelligence agents in the North’s military and political nerve center.

By summer 1861, Jordan had turned the ring over to his most trusted operative, Rose O’Neal Greenhow. By then, most old-time Southerners moved out of the capital, but Greenbow remained and became the Rebel Queen of Washington Spies. Her high station in Washington society enabled her to gather intelligence of great value to the Confederacy. Much of it reportedly came from an infatuated suitor, Henry Wilson of Massachusetts, chairman of the Senate Military Affairs Committee.

Although in her mid-forties, Greenhow used her sensuality to create the largest network of spies that operated during the Civil War. The widow that President James Buchanan visited once a week, Greenhow lived only four blocks from the White House and was described as “a woman of almost irresistible seductive powers.” She delivered reports to Jordan via the Secret Line: the system used to smuggle intelligence reports and other documents across the Potomac River to Confederate officials in Virginia and Maryland.

In July 1861, Greenhow obtained critical information that the Union General Irvin McDowell was planning to attack Confederate troops near Manassas, Virginia. She sent her 16-year-old courier Bettie Duvall through 20 miles of enemy territory with a coded message tucked into her hair. Duvall, dressed as a farm girl in order to pass Union sentinels on the Chain Bridge leaving Washington, rode at high speed to deliver the document to Confederate officers.

Emeline Pigott
Born and raised in Carteret County, North Carolina, Emeline Pigott was 25 when she moved with her parents to a farm at Crab Point on the North Carolina coast, just across the creek from where soldiers of the 26th North Carolina Regiment were stationed to defend the coast. A sensitive and compassionate young woman, Emeline took it upon herself to help the troops. She tended to the sick and wounded soldiers, even bringing some to her home to care for until they were well.

Working throughout three counties, Pigott collected mail along with food, clothing, medicine and other supplies, which she left in designated hollow trees and logs for the Confederates to collect. She also gathered intelligence for the Confederates by hosting parties for local Union officers, who provided valuable intelligence concerning Federal military and naval installations.

While she entertained the Federals in the dining room, hoping to glean some information, her brother-in-law Rufus Bell dispensed food from her pantry out the back of the house to the hungry Rebel soldiers who remained in the area.

Local loyal fishermen also gathered information about Union boats’ cargoes and destinations as they sold fish to the Yankees. They then reported to Pigott, who carried the valuable information hidden in big pockets under her hoop skirt. With mail and other items combined, Pigott sometimes carried as much as thirty pounds of hidden goods.

When the 26th North Carolina Regiment left for Virginia in 1862, Pigott tended to wounded in New Bern, North Carolina. In 1862 she left on the last train out with wounded before the Yankees occupied the town. She fled to Kinston and then to Concord with the wounded Confederates before returning home to Crab Point.

Pigott came under suspicion in early 1865. One day, while she and Rufus Bell were making their rounds, they were arrested and sent to jail. While officials were looking for someone to search the lady, Pigott ate some incriminating information and shredded some of the mail, but many other items were found beneath her skirt.

Pigott was imprisoned in a New Bern residence. Though she faced the death penalty, she was suddenly and inexplicably released. She was, however, watched and harassed by the Yankees until the end of the war. For the remainder of her life, the colorful Miss Pigott loved to recount her Civil War adventures, but she never revealed how she came to be released from prison.

Virginia Bethel Moon
Known as Ginnie to her friends and family, Virginia Bethel Moon was part of a Confederate spy duo with her sister, known as Lottie and Ginnie Moon. At 18 years of age in 1862 Ginnie moved with her mother to Memphis, Tennessee, where they both served as nurses and dressed the wounds of soldiers returning from battle. Their stock of bandages soon ran low in the Confederate held areas.

Under the guise that she was meeting a boyfriend, Ginnie began crossing into Union territory to collect supplies. Over time the Confederates came to trust her and she began taking information through the lines to Confederate agents. Union officials did not notice her regular trips at first because they knew she had family in Ohio, until they caught her with several bottles of morphine, 7 pounds of opium and a supply of camphor.

Ginnie was arrested and kept captive until her sister’s ex-boyfriend, Union General Ambrose Burnside, arranged her release. She continued her work farther south and was eventually imprisoned in New Orleans. Ginnie returned to Memphis after the war and became a philanthropist.

Not so Famous Confederate Women Spies
When the Civil War began Mary Kate Patterson was 16 years old. Kate and her family lived a few miles southeast of Nashville, Tennessee. Vivacious Mary Kate, with flashing brown eyes and dark brown curls, attended old Elliott School in Nashville, Tennessee. Her education was interrupted by the declaration of war between the North and South, but the contacts she made while in school were to be invaluable to her during her service as a Confederate spy.

Nashville was occupied early in the war by the Federal army. Mary Kate assisted the Army of Tennessee by providing information to Coleman’s Scouts, a spy network and cavalry unit. She befriended Yankees officers and frequently obtained passes to Nashville, where she gathered secret messages and supplies for the Scouts and hid them in her buggy’s false bottom.

Mary Kate smuggled boots, blankets, almost anything needed by the Confederate army through the lines, concealing substantial quantities of quinine and morphine in her voluminous riding habits. She openly admitted after the war, when it was too late for reprisal, that she had carried as much as six hundred dollars worth of medicine in one trip. She and her family also sheltered and fed Confederate soldiers, signaling them by a certain arrangement of louvers and lanterns in the windows when it was safe to come in for medical help and hot meals.

Widowed three times, she participated in Confederate memorial activities for many years. When she died in 1931, she was buried in the Confederate Circle in Nashville’s Mt. Olivet Cemetery, the first woman so honored.

Belle Edmondson
Isabella Buchanan Edmondson, born in Mississippi in 1840, served as a Confederate agent throughout the war. She began smuggling supplies and funds to the Confederate army in 1862, after the fall of Memphis. Her love of the South and of danger attracted her to spying, carrying mail and smuggling. In 1863, she started to work for the Independent Scouts, headed by Captain Thomas Henderson.

Belle Edmondson lived near Memphis, Tennessee and smuggled supplies to Confederate soldiers throughout the war. In 1864, she hid uniforms, money, buttons, letters, etc. in her luggage and on her clothing and took them through Union lines since soldiers usually did not search women. She wrote the following description of her work in her diary on February 27, 1864:

Accomplished all I went for – did not go near any of the Officials, was fortunate to meet a kind friend, Lucie Harris, who gave me her pass – ’tis a risk, yet we can accomplish nothing without great risk at times, I returned the favor by bringing a letter to forward to her husband, Army of Mobile. I sat up until 8 o’clock last night, arranging poor Green’s mail to forward to the different command. It was a difficult job, yet a great pleasure to know I had it in my power to rejoice the hearts of our brave Southern Soldiers.

Edmondson’s trips eventually attracted the attention of Union forces and a warrant was issued for her arrest. In July 1864, she fled south to Mississippi and lived there for the rest of the war. She was engaged three times; the third was announced only two weeks before her sudden death in 1873.

Women Spies for the Confederacy
Hundreds of women served as spies for the Confederate army during the Civil War. They often carried information about the enemy’s plans, troop size and fortifications on scraps of paper or fabric which they sewed into their blouses and petticoats or rolled into their hair. To smuggle goods such as morphine, ammunition or weapons, they often attached them to the frame of their hoop skirts or hid them in baskets and packages, even inside dolls.

Most women spies volunteered for the job, but some were recruited by spymasters. According to the book Women During the Civil War, most fit a certain description:

Women acknowledged as spies were typically young, white, well-to-do and unmarried, as well as attractive, charming, intelligent, and quick-witted – desirable characteristics when eliciting information from soldiers. Since few able-bodied men or servants remained in communities, especially in the South, married and widowed women usually were too preoccupied with caring for family, neighbors, and soldiers to consider becoming involved in surreptitious activities.

The Civil War era was dominated by strict rules for women, and , arranging meetings with men in various locations, and riding on horses and in buggies unaccompanied.

Apprehended Confederate women spies were often branded as prostitutes unless their reputations were strong enough to protect them. As soldiers caught on to the activities of these women, it became more and more difficult for them to cross enemy lines without being searched or apprehended. Punishment for the crime of espionage was imprisonment or deportation to Canada or the South; male spies were usually hanged.

Although it was important for spies to keep a low profile while they were still working, once they were detected or released from prison, spies like Belle Boyd became instant celebrities after the press published their stories. Others published memoirs or diaries describing their former activities. These documents are the only record we have of the dangerous role these women played during the Civil War.