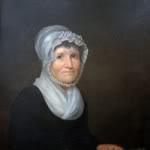 Isabella Marshall Graham (1742-1814) was a Scottish-born charity worker, educator and philanthropist who founded one of the earliest relief societies in the United States. She was one of the leading figures in the movement to provide assistance to the poor who were coming into American cities in search of work in the early days of the industrial revolution.

Born in Lanarkshire, Scotland, on July 29, 1742, Isabella Marshall grew up on an estate at Eldersley near Paisley. An inheritance from her grandfather enabled her to attend boarding school for seven years, where she received an excellent education. At 17, she became a member of the Church of Scotland under the ministry of Dr. John Witherspoon, later president of the College of New Jersey (now Princeton University).

In 1765 Isabella married John Graham, a physician with the royal army, and accompanied him to Canada. They lived in Quebec and Montreal, and then Fort Niagara in western New York. She later wrote that the days at Niagara, situated on a bluff above Lake Ontario not far from Niagara Falls, were the happiest of her life.

The Grahams left behind in Scotland an infant son who died within the year; in North America their other four children were born: Jessie, Joanna, Isabella and John. Isabella enjoyed life at Fort Niagara raising her babies, although she found the soldiers’ lack of religion appalling. Her own faith enabled her to accept with devout resignation the death of her husband in Antigua, where they had recently been transferred in 1773, just before the birth of their fifth child.

Left almost penniless, Isabella Graham sailed with her large family back to the security of her father in Scotland, where she spent the next fifteen years. She first opened a small school in Paisley, then a girls’ boarding school in Edinburgh in 1780. There she was also active in various charitable works, notably a ‘penny society,’ a fund for mutual relief in case of sickness to which the subscribers contributed a penny a week.

Graham’s desire to return to America was encouraged by Dr. Witherspoon and other friends in New York. In 1789, she arrived in New York City with her children and established a boarding school for girls that soon had more than 50 students. She joined the Cedar Street Scotch Presbyterian Church, and was happy there. Future First Lady Anna Harrison (wife of President William Henry Harrison) attended Graham’s boarding school in 1791.

Graham’s daughters all married New York merchants. Once they were comfortably settled, she lived with one or another of them and devoted her time to charitable works. Graham was an outstanding representative of a group of early nineteenth century humanitarian women who founded the first voluntary benevolent associations to aid poor women and children. Her good works helped to enlarge the concept of ‘women’s sphere’ beyond the home.

Sunday School Movement
Seven years after the end of the Revolutionary War, a group of Philadelphia Quakers founded the First Day Society (Sunday being the first day of the week) and started to teach “the offspring of indigent parents.” These schools were supported by such prominent men as Dr. Benjamin Rush, a signer of the Declaration of Independence.

One of the earliest places to establish Sunday schools was New York City, and these were begun by the mother-daughter team of Isabella Graham and Joanna Bethune in the first decade of the nineteenth century. Sunday schools did not offer a formal education, however, they did allow students to learn to read and write through copying and reading the Bible. Many working class women were educated through their religious schools in the first several decades of the nineteenth century.

Opposition arose quickly against Graham and Bethune and their idea of starting Sunday schools: the idea of holding classes on Sunday was called Sabbath-breaking. Isabella’s husband encouraged her not to wait for the male pastors to get onboard but simply start with the women, and they faced typical opposition from established pastors.

At a time when women could not vote and were considered pushy if they sought leadership, these women launched a New York movement that eventually founded Sunday schools throughout New York City, teaching several thousand students and simultaneously empowering women. At that period in history, working with children was one of the few ways women could take a leading role in most churches.

Graham wrote of her important work:

An association of ladies for the relief of destitute workers and orphans was a new thing in this country. It was feeble in its origins; the jest of most, the ridicule of many, and it met the opposition of not a few. The men could not allow our sex the steadiness and perseverance necessary to establish such an undertaking.

Graham was chosen president of the society, supervising its board of managers. Under her frugal management, the society aided 98 widows with 223 children during the winter of 1797-98, and the number increased during the years following. In 1802, with money from legislative grants, they purchased food for the needy and gave direct financial relief. They also employed widows to teach at schools in the city, and ran a school for the widows’ children.

The society also sought employment for the widows. Buying a house for the purpose, Isabella Graham and her associates took orders for needlework. Graham’s memoir, The Power of Faith (1817), tells of her early efforts to encourage industry among the female poor:

In the winter 1807-8, when the suspension of commerce by the embargo rendered the situation of the poor more destitute than ever, Mrs. Graham adopted a plan best calculated in her view to detect the idle applicant for charity, and at the same time to furnish employment for the more worthy amongst the female poor. She purchased flax, and lent wheels, where applicants had none. Such as were industrious, took the work with thankfulness, and were paid for it; those who were beggars by profession, never kept their word to return for the flax or the wheel.

Graham soon gave up teaching and devoted herself to philanthropy. She helped organize the first missionary society and the first monthly missionary prayer meeting in the city; systematically visited the inmates of the hospital and the sick female convicts in the state prison; and distributed Bibles to hundreds of families.

Orphan Asylum Society
In March 1806, Isabella Graham was faced with the problem of caring for six children whose widowed mothers had recently died. Rather than commit the children to the local poor house, Graham enlisted the help of her daughter Joanna Bethune, her friend Elizabeth Hamilton (widow of Alexander Hamilton) and other prominent New York City women and together they created the Orphan Asylum Society (which evolved into The Graham Home for Children).

This organization was established to care for and educate parentless children, regardless of their financial resources. Its first home was a two-story frame house on Raisin Street in Greenwich Village. More than 200 sought its protection, but it could provide shelter for only 16 children.

Graham regularly visited needy families, and was often away from home all day on various charitable missions. All kinds of destitute and unfortunate women came under her care. She called on female inmates of the Lunatic Asylum and sick women prisoners and served as president of the Ladies Board of the Magdalen Society form its organization in 1811 until her death.

No longer strong enough for extensive visiting, Graham spent much of her last two years at the home of her daughter and son-in-law Joanna and Divie Bethune. In her final year, she established an adult school for young people working in factories which met on Sundays, and she presided over the organization of her daughter’s society for establishing a female House of Industry to provide employment for needy women.

An estimated 50,000 copies of Graham’s memoir, The Power of Faith: Exemplified in the Life and Writings of the Late Mrs Isabella Graham (1817), were printed before mid-century.