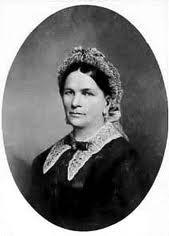 Sophia Smith (1796-1870) founded Smith College in Northampton, Massachusetts in 1870 with the substantial estate she inherited from her father and siblings. The first woman in America to endow a college for women, Sophia Smith was not a social crusader, but she did believe that women’s power for good would “be incalculably enlarged” by higher education.

Born on August 27, 1796 in Hatfield, Massachusetts, Sophia Smith was the fourth of seven children – and the first daughter – of prosperous farmers Joseph Smith and Lois White Smith. Of the seven Smith offspring, three died young and only Joseph Jr. married, producing no heirs. Sophia lived with her sister Harriet and brother Austin at the family homestead, which still stands at 22 Main Street in Hatfield.

While many girls of her era were given a meager formal education, Sophia appears to have had more educational advantages than most and demonstrated a keen thirst for knowledge. Besides the schools in Hatfield, she attended a school in Hartford, Connecticut for twelve weeks when she was fourteen years old. After this she was a pupil for a time in what was later known as the Hopkins Academy in Hadley.

Sophia’s father Joseph was both prosperous and frugal. After his death, his son Austin shrewdly invested his inheritance in the New York stock market and often traveled there to watch the Smith assets grow. In Hatfield, Austin Smith was reputed to be a miser devoid of community spirit. He argued at town meetings against the extravagance of public education and was said to pay board to his sisters to manage the household – and then charged them a shilling for a ride in the family carriage.

She never married and rarely ventured far from home, especially after she lost her hearing at age 40. Even the use of an ear trumpet did not counter the growing isolation that her hearing loss engendered in the years to follow. She underwent several operations to correct the problem, but these were all unsuccessful.

After Harriet Smith’s death in 1859, followed by Austin’s in 1861, Sophia Smith inherited a fortune at age 65, leaving her wealthy but alone. In the final decade of her life, she was faced with the difficult decision of how to dispose of the Smith family fortune. What led her, during that period, to her determination to devote the largest part of that fortune – $387,468 – to establish a women’s college in Northampton?

Deeply religious, Sophia turned to her pastor, John Morton Greene, who is regarded by many as the father of the idea of founding Smith College. Archival records indicate that he guided Sophia Smith to face up to the responsibilities inherent in her wealth, beginning on the spring day in 1861 when she came to him in distress asking for his advice.

Initially, Sophia settled on a variety of projects, including a school for the deaf – a logical choice in light of her own struggles with impaired hearing. Among the other options Smith initially considered were bequests to two nearby existing schools: Amherst College and Mount Holyoke Female Seminary, which – although not a full-fledged college – was already educating young women.

In a January 1868 letter Reverend Greene informed Sophia Smith of the Massachusetts legislature’s intention to grant a charter to John Clarke’s institution for the deaf (today the acclaimed Clarke School in Northampton). Unlike Mary Lyon, the founder of Mount Holyoke in nearby South Hadley, Smith was not a social reformer or educator.

Greene then urged her to return to the idea of founding a woman’s college – an idea which he believed was finally ready to be carried out. “The subject of women’s education, women’s rights and privileges, is to be the next great step to progress in our State,” he wrote.

On February 12, 1868 Sophia Smith asked Greene to draw up plans for a women’s college, which would become a codicil to her will. The “Last Will and Testament of Miss Sophia Smith” was not completed until March of 1870 – only three months before her death but nine years (and many revisions) after her first meeting about the matter with John Greene.

The final version of Sophia Smith’s will stated:

I hereby make the following provisions for the establishment and maintenance of an Institution for the higher education of young women, with the design to furnish for my own sex means and facilities for education equal to those which are afforded now in our colleges to young men.

It is my opinion that by the education of women, what are called their ‘wrongs’ will be redressed, their wages adjusted, their weight of influence in reforming the evils of society will be greatly increased, as teachers, as writers, as mothers, as members of society, their power for good will be incalculably enlarged… It is my wish that the institution be so conducted, that during all coming time it shall do the most good to the greatest number. I would have it a perennial blessing to the country and the world.

As originally conceived in an 1868 version of her will, the college was to be located “on or near Main Street” in Sophia Smith’s home town of Hatfield. Some believed the location should be determined by the board of trustees – but Smith feared that the “Amherst professors” on the board would make her college an adjunct of either Amherst College or Mount Holyoke. In a compromise, John Greene suggested nearby Northampton, which was a larger and more accessible town, and Smith agreed.

When Sophia Smith died in June 1870, her obituary appeared in the same issue of the Hampshire Gazette and Northampton Courier that announced the death of Charles Dickens.

Miss Sophia Smith died on Sunday, at the advanced age of 74 years. She was well known in all this section as a lady of great wealth, of benevolent disposition and blameless and irreproachable life. She was the sister of Austin Smith, and received from him and a sister, property to the amount of $200,000. In addition, she had some $30,000 from the estate of her father. A few years since she gave $30,000 to Andover Theological Seminary, and she also gave liberally toward founding a public library in the town of Hatfield.

Smith’s estate was actually $468,843.93, much larger than originally estimated. Smith also left money for the establishment of a coeducational high school in her hometown of Hatfield, Massachusetts.

Smith College was chartered in 1871. The trustees appointed in Sophia’s will, including Greene, and the president they hired, L. Clark Seelye, built the college using her vision as its foundation. They soon discovered that Smith’s $390,000 bequest was not enough to implement their plan, and engaged a fundraiser to visit “friends of women’s education” in eastern Massachusetts.

The next challenge was to assemble a student body qualified to study a liberal arts curriculum as demanding as those at male colleges, with courses in the classics, modern languages and literature, mathematics and natural sciences. Very few young women were prepared for such a rigorous admission process; 14 entered with the first class in 1875.

Although Smith stated clearly that she did not wish “to render my sex any the less feminine,” her idea of giving women an education equal to men was a daring one. Like other women’s colleges, Smith was considered a dangerous experiment. Many people feared that rigorous study would endanger women’s health and their prospects for marriage. In 1876, at the close of the college’s first year, all 14 of the students were reported to be in good health. Equally important, they had “accomplished as much work as in a college attended only by males.”

The new institution grew rapidly. By 1915 the student enrollment was 1,724 and the faculty numbered 163. Today, with some 2,600 undergraduates on campus, and 250 students studying elsewhere, Smith is the largest privately endowed college for women in the country, and has become one of the largest and most respected colleges for women in the world.