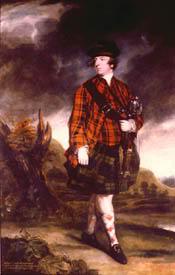 Slavery and the American Revolution

In early 1775, Patriots in the Virginia Colony began to organize militia companies and seek out military supplies (weapons, ammunition, and gunpowder) to arm and equip them for the conflict that seemed to be inevitable. The Virginia Conventions were organized by the Patriots after Royal Governor Lord Dunmore (John Murray, fourth earl of Dunmore) dissolved the House of Burgesses in an effort to retain Royal control of the colony.

After Patrick Henry gave his “Give me Liberty, or give me Death!” speech on March 23, 1775, at the Second Virginia Convention, Dunmore became concerned. Among the delegates to the convention were future U.S. Presidents Thomas Jefferson and George Washington. The conventions would serve as a revolutionary provisional government until the establishment of the independent Commonwealth of Virginia in 1776.

The Gunpowder Incident
Seeing the rising unrest in his colony, on April 19, 1775, Lord Dunmore quietly brought a company of British sailors into the Virginia colonial capital at Williamsburg, and quartered them in the governor’s mansion. On April 20 Dunmore ordered his men to remove the gunpowder from the magazine in Williamsburg to a British ship in the James River. This act was discovered by the townsfolk who sounded the alarm.

Local militia under Patrick Henry rallied to the scene, and riders spread word of the incident across the colony. Dunmore had as a precaution armed his servants with muskets, and it was only the calming words of Patriot leaders, including the Speaker of the House of Burgesses, Peyton Randolph, that prevented the assembling crowd from storming Dunmore’s mansion.

Unrest however persisted in Williamsburg and spread throughout the countryside. After a second crowd was convinced to disperse by Patriot leaders, Dunmore reacted angrily, warning on April 22 that if attacked, he would “declare Freedom to the Slaves, and reduce the City of Williamsburg to Ashes.”

Henry dispatched a small company to the home of Richard Corbin, the Deputy Collector of the Royal Revenue, to force him to pay for the powder from Crown revenue in his possession. On May 4 Henry received £330 as payment for the powder, then departed to take his place at the Second Continental Congress, and to deliver the money to the Virginia Delegates.

On June 8, Dunmore and his family fled the governor’s mansion in the middle of the night and took up residence aboard the man-of-war HMS Fowey, lying at anchor in the York River. He wrote to General Thomas Gage, commander of the British forces, “I have thought it best for his Majesty’s Services to retire from amidst such hostile appearances around me.” Over the next five months, Dunmore reinforced his troops by engaging in a series of raids and by inviting slaves aboard the ship.

Lord Dunsmore’s Proclamation
Slavery was practiced in every colony in 1775, but it was crucial to the economy and social structure from the Chesapeake region south to Georgia. Slave labor produced the great export crops of the South – tobacco, rice and indigo. Dunmore reasoned that dismantling it would undermine southern resistance.

Not only would it disrupt production, it would also feed the growing fear among the colonists of slave insurrections. Planters would be distracted from waging war by the necessity of protecting their families and property. At the same time, Dunmore’s own force of 300 soldiers – cut off from the support of British troops in Boston – would be reinforced by black fighting men and laborers.

On November 14, 1775, he issued ‘Lord Dunmore’s Proclamation,’ which promised freedom to slaves owned by Patriots who would join the Loyalist forces. Runaway slaves belonging to Loyalists (British supporters) were returned to their masters.

The Proclamation reads, in part:

And I hereby further declare all indented servants, Negroes or others (appertaining to Rebels) free, that are able and willing to bear arms, they joining His Majesty’s Troops, as soon as may be, for the more speedily reducing this Colony to a proper sense of their duty, to this Majesty’s crown and dignity.”

Response from the colonists was immediate. Newspapers published the proclamation in full, and patrols on land and water were intensified. Throughout the colonies, restrictions on slave meetings were tightened. The Virginia Gazette warned slaves to “Be not then… tempted by the proclamation to ruin your selves” and urged them to “cling to their kind masters,” citing the fact that Dunmore himself was a slave holder.

Within weeks, however, several hundred slaves had joined Dunmore, some with their families. He formed what he called his ‘Ethiopian Regiment’ of these former slaves who were armed and outfitted in military uniforms inscribed with the words “Liberty to Slaves.” Their wives and single women in the camps worked as cooks, laundresses and nurses for the Loyalist forces.

In the colonial period, only 1/8 of all runaways were women. Women were the anchors of slave family life, and most would not leave without their families, especially their children. And since running in large groups increased the odds of capture, many women simply chose not to try to escape. However, one third of the slaves who responded to Dunmore’s Proclamation were female slaves.

As liberation fever traveled throughout Virginia and beyond, black mothers named their newborn babies ‘Dunmore.’ In a letter to Thomas Jefferson, Virginia patriot Richard Henry Lee derisively dubbed Dunmore the ‘African Hero’ for his boldly strategic gambit to offer freedom to any enslaved African who joined the British forces.

The Proclamation’s purpose was to disable the rebellion, yet its effect was rather the reverse. White southern colonists swung to oppose royal authority as it appeared that Dunmore and his “Damned, infernal, Diabolical” proclamation were inciting slave insurrection: nothing so quickly lost the South for the crown.

British officials never repudiated the proclamation’s message and soon established an alliance with black Americans that brought thousands of escaped slaves to the side of the British forces operating in the South. The role and plight of these fugitives during and after the Revolutionary War would alter the course of many black lives and help swell sentiment, particularly in Britain, for an end to slavery and the slave trade. Dunmore’s proclamation set in motion events far beyond its author’s intentions.

Although probably no more than 800 slaves actually succeeded in reaching Dunmore’s lines, word of the proclamation inspired as many as 100,000 to follow behind the British throughout the war, believing that a British victory would bring them freedom. Thomas Jefferson believed that Virginia lost 30,000 slaves in one year alone.

In December 1775, the Virginia Convention issued its own proclamation as a broadside, declaring that runaways to the British would be pardoned if they returned in ten days, but would be severely punished if they did not. The document began with a reminder of the penalty for slave insurrection – death without benefit of clergy – though in practice, it was used sparingly during the war.

The Battle of Great Bridge
Lord Dunmore assembled a small army composed of British regulars, loyalist volunteers and a number of runaway slaves. The patriot force comprised militia and volunteers from Virginia and Maryland. Dunmore chose to confront the Patriots in a small fortification located at the south end of a causeway over a swamp south of Norfolk, Virginia.

Patriots and British soldiers faced each other for eleven days and skirmished amid constant cannon fire before the climactic Battle of Great Bridge on December 9, 1775, that lasted but a half-hour. Reinforcements joined Patriots in the breastwork and were ordered to withhold their fire until the British were within 50 yards.

Entrenched patriot riflemen poured heavy fire into the British Redcoats, who marched relentlessly forward, wavered and then came on again. More than one hundred of Dunmore’s men were killed or wounded; one rebel soldier was injured. The thoroughly defeated loyalist army retreated to Norfolk and Dunmore again sought refuge aboard ship.

The turn of events threw the loyalists into a panic, changed the sentiments of those who were undecided and raised the spirit of the patriots. News reached Williamsburg. On December 13, four days later, the Fourth Virginia Convention, for the first time in a public declaration, strongly condemned Dunmore and the British parliament, and expressed a spirit of independence by calling for force “to maintain our rights and privileges.”

On January 1, 1776, unable to get provisions, the British opened fire on Norfolk from the huge guns of the fleet in the harbor, initiating Norfolk’s utter and complete destruction. Dunmore then retreated to Portsmouth and then up the Chesapeake Bay. Though he continued to make vigorous attempts to regain control of the colony, he was reduced to raiding operations.

By early June 1776, Dunmore’s forces had been decimated by smallpox and combat. When he realized he could not regain control in Virginia, he evacuated the Chesapeake region for New York by August 1776, taking the 300 healthiest blacks with them. British rule over the colony of Virginia ended forever.

Five long years of war were ahead, but the Battle of Great Bridge rendered Virginia free of major military conflict for three years following the destruction of Norfolk. The newly created Commonwealth raised troops, furnished military supplies and food and established a supply line from northeastern North Carolina up the Chesapeake Bay to Washington’s army in the north, and later supported the Southern Campaign of General Nathanael Greene with troops and supplies.

Slave men and women who joined the British Army because they were promised freedom by Lord Dunmore were devastated at the end of the war when many of them were abandoned or returned to their masters. Others were taken to be enslaved in the West Indies or struggle to start a new life in Sierra Leone or Nova Scotia. Upwards of 5,000 gained freedom after serving in the Patriot army. Others were lucky enough to escape with French Troops.

The Founding Fathers not only failed to end slavery, they actually strengthened it. The U.S. Constitution of 1787 protected the importation of new slaves until 1808, and promised that federal armed forces would put down slave rebellions.

Landing in Charleston near the end of the war with no assignment, Lord Dunmore tried to assert his presence by advancing a plan to recruit blacks on a large scale, placing 10,000 men under the command of provincial officers. Commander-in-Chief Henry Clinton refused authorization, despite the urging of other officers.

In 1787, Lord Dunmore was appointed governor of the Bahamas, where thousands of blacks had been transported after the war, most of them enslaved. Despite his effort to pose as the ‘Great Liberator,’ Dunmore’s attempts to reconcile conflicts over property claims for runaway slaves resulted in the reenslavement of 29 of the 30 who brought their claim of freedom before his Negro Court.

The planters’ support later turned to condemnation when blacks built a village in Nassau behind Government House, and another near Fort Charlotte, to provide asylum to runaways where “no white person dares make his appearance… but at risk of his life.” Critics charged that Dunmore intervened to protect blacks from punishment, despite the fact that several black leaders were arrested and prosecuted for assault on whites.

Lord Dunmore eventually returned to England and died there in March 1809.