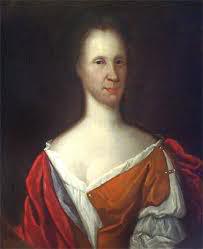 Mary Darnall, daughter of Colonel Henry Darnall, was a young lady of beauty, fortune, and ancient family. Charles Carroll of Carrollton was born in Annapolis, Maryland, September 30, 1737, at the home of his parents, Charles Carroll of Annapolis and Elizabeth Brooke. Charles and his mother enjoyed mutual tenderness and affection, but it was his father’s intense love and rigorous discipline that formed his character and gave him the skills and drive to succeed. A brilliant businessman, Carroll of Annapolis expanded his lands and capital and made his son an heir worthy and fit to receive them.

Although Maryland had been founded by and for Catholics on the basis of religious toleration in 1634, in 1649 and again in 1689, severe restrictions were placed on Catholics in England. The laws were also changed in Maryland, and Catholicism was repressed. Between 1690 and the beginning of the American Revolution, Catholics could no longer hold public office, practice law, vote, educate their children in their faith, or worship in public.

Known as “Charley” to his parents, Charles Carroll was sent at the age of ten to Maryland’s Eastern Shore to study secretly at the Jesuit school at Bohemia Manor in Cecil County. By 1749, Charley was sent to study at St. Omers in French Flanders. He was instructed in classical studies in Paris, and by 1760 was studying English law at the Inner Temple in London. After the death of his mother, a refined and well-educated Carroll returned home after sixteen years abroad.

Upon his return to America in 1765, Charley was given a 10,000 acre land tract called Carrollton, in Frederick County. Although he would never live there, he became known as Charles Carroll of Carrollton, to distinguish him from from the other Charles Carrolls in his family. As the only son of his generation, he became heir not only to the largest fortune in colonial Maryland, but to the ancestral legacy of defending family and faith passed down by the Carrolls.

Confined to private life by the Maryland statutes against Catholics, Charles Carroll joined his father in managing the extensive agricultural and business interests that constituted their fortune. By the 1770s, the Carrolls owned almost 40,000 acres of land, more slaves (330) than anyone else in Maryland, and a share in a profitable ironworks called the Baltimore Company. They also collected rents from some 195 tenants and were the greatest moneylenders in the colony. Maryland Catholics zealously guarded their fortunes by marrying into other Catholic families.

Charles Carroll married Mary Darnall, his cousin, on June 5, 1768, and began major improvements to his family home and gardens in Annapolis. They had seven children, only three surived to adulthood: Mary, Charles Jr., and Kitty. Charles, their only son, would later live at Homewood, now located on the Baltimore campus of Johns Hopkins University. Carroll, described often as the wealthiest man in the Colonies, had a substantial house built for each of his children.

Charles and Mary Carroll became busy and gracious hosts to such dignitaries and governmental leaders as George Washington and the Marquis de Lafayette. The house and grounds were the scene for many social events. Politics kept the family busy through the Revolutionary War and in 1783, their Annapolis estate was the site of the Official State Celebration for Peace and Independence.

Charles Carroll Town House
Over 300 years later, the Carroll House still stands in Annapolis, one of only fifteen birthplaces of the Declaration signers that remain standing. The history of the Carroll family comes alive at this house and garden overlooking Spa Creek in Annapolis.

Carroll gained a chance to enter politics on the eve of the American Revolution, when Maryland’s colonial government began to crumble. Not only were Roman Catholics in Maryland prohibited from voting, but all persons of every faith and no faith were taxed to support the established church, the Church of England. The discussion as to the right of taxation for the support of religion soon extended from the legislature to the public press.

Under the pen name The First Citizen, Carroll wrote a series of articles in the Maryland Gazette that maintained the right of the colonies to control their own taxation and attacked the validity of the law imposing the tax. As a result, he gained public acclaim for embracing the principle that the power to govern derived from the consent of the governed, and emerged as a true patriot. His position in the emerging revolutionary movement became clear in 1773.

Carroll also signed a resolution in May 1774 in which he agreed, “to stop all importation from, and exportation to, Great Britain” until the repeal of the Intolerable Acts – a series of five laws passed by the British Parliament relating to the American colonies. The acts sparked outrage and resistance and were important developments in the growth of the American Revolution. Many colonists viewed these acts as an arbitrary violation of their rights, and in 1774 they organized the First Continental Congress to coordinate a protest.

Carroll was elected with six others by the citizens of Anne Arundel County and Annapolis to the second Maryland Convention in November 1774, with full power to represent them in the provincial convention. This was Carroll’s first elected office, which in effect lifted the ban on Catholics serving in public office. Carroll was from this time for a period of twenty-seven years called to important public service on behalf of the colony.

The Convention adopted the Association of the Freemen of Maryland, which became the charter of the colony until the adoption of the Maryland constitution in 1776. The Association was pledged to an armed resistance against Great Britain. Carroll was appointed by the convention one of a committee of nine to “consider the ways and means to put this province in the best state of defense.”

Principally responsible for this change of attitude in Maryland was Charles Carroll, who was rewarded by being elected as a delegate to the Continental Congress on July 4. He took his seat on July 18, and with the rest of the delegates of the thirteen states, signed the Declaration of Independence on August 2, 1776, when the parchment copy was ready to be signed.

With the Declaration of Independence, all the bias and restrictions against Catholics in Maryland ended. Carroll was the only Roman Catholic to sign the Declaration, and of all the signers he risked the most financially, his worth being estimated at $2,000,000. On July 19, 1776, Carroll was appointed to the Board of War, a very important committee, which was in charge of all the executive duties of the military department.

Signature on the Declaration of Independence

Charles Carroll was appointed one of two delegates from Annapolis to the Colonial Convention which met to adopt a constitution for Maryland, on August 14. He was selected as one of the seven to draw up a constitution; he was responsible for the method of choosing senators. In December 1776, Carroll was elected to the first Maryland Senate; he was placed on all its important committees, and was later elected President of the Senate.

Carroll helped finance the war with his own private funds. He was a staunch supporter of George Washington, and when the war was going badly during the winter of 1777-1778 at Valley Forge, he was instrumental in persuading the Revolution’s Board of War not to replace Washington with General Horatio Gates.

Mary Darnall Carroll died in 1782, at age 33, having borne seven children. She was weakened by laudanum dependency, and heartbroken by the death of her father-in-law ten days earlier in a horse riding accident. The nearly simultaneous deaths of his father and his wife left Carroll a widower with small children, but he never remarried.

When the U.S. Constitution was adopted on September 17, 1787, Carroll became a leader of the Federalists. He was elected one of Maryland’s first US Senators under the new Constitution, and took his seat in 1789. In 1792, Maryland passed a law that prohibited a person from serving in the State and national legislatures at the same time. Carroll resigned his seat in the US Senate to retain his place in the Maryland Senate.

In 1801, Carroll retired from politics to concentrate on his business affairs. He became one of the founders of the Chesapeake and Ohio Canal Company, and invested in the Bank of Maryland, the Bank of Baltimore, and the First and Second Bank of the United States. He held many shares in canal, turnpike, bridge, and water companies in the Washington-Baltimore area. He continued to improve and enlarge his Annapolis home and gardens and Doughoregan Manor (a family country home in Howard County).

As a wealthy citizen of a new emerging Republic, Carroll was interested in financial stability and served as Alderman and Councilman for the city of Annapolis. Considered the largest slaveholder at the time of the Revolution, and owning between 400 and 500 blacks, he became president of the American Colonization Society (1828-1831), seeking to solve America¹s slave problem by resettling them in Africa.

Charles Carroll of Carrollton died on November 14, 1832, Carroll died at the Caton home, at the age of 95. Upon his death on November 14, 1832, President Andrew Jackson closed the federal government and declared a national day of mourning, an honor accorded only once before, to George Washington. Carroll was interred at Doughoregan Manor.

Charles Carroll’s Address on the Anniversary of the Declaration of Independence, August 2, 1826:

Grateful to almighty God for the blessing which, through Jesus Christ our Lord, he has conferred upon my beloved country in her emancipation and upon myself, in permitting me, under circumstances of mercy, to live to the age of 89 years and to survive the fiftieth year of American Independence, and certifying by my present signature my approbation of the Declaration of Independence adopted by Congress on the fourth day of July, in the year of our Lord, one thousand seven hundred and seventy six, which I originally subscribed on the second day of August of the same year, and of which I am now the last surviving signer.

I do hereby recommend to the present and future generations the principles of that important document as the best earthly inheritance their ancestors could bequeath to them, and pray that the civil and religious liberties they have secured to my country may be perpetuated to the remotest posterity and extended to the whole family of man.