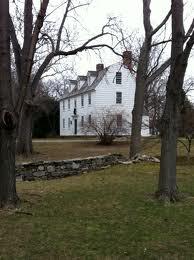 Sarah Kemble, born on April 19, 1666, daughter of a merchant who had settled in Charlestown, Massachusetts, in the 1630s. Sometime before 1689, Sarah married Richard Knight, who was probably a sea captain and was often away from home. Sarah and Richard lived in a large house on Moon Street in Boston, and she ran a writing school.

Sarah is said to have taken over the family business after her father’s death in 1689. She was frequently a witness for legal documents, and probably owned a stationery shop on the ground floor of her house. She also took in boarders, and in October 1704 she set out on an unchaperoned journey on horseback from Boston to New York to handle a legal matter for one of her lodgers, keeping a witty journal of her travels along the way.

Sarah’s Journal
The journal began when Sarah Knight left Boston on the afternoon of October 2, 1704, and ended when she returned to the busy household on Moon Street on March 3, 1705. At that time, travel between the colonies was difficult. The roads weren’t marked, and she had to find local guides to accompany her from one town or inn to another.

The colonies were vastly different in customs, government, and religion at that time. Between Rhode Island and Connecticut, was a tract of land called Narragansett Country, which was at times affiliated with different colonies, and sometimes acted independently. Dense forests made travel difficult, and numerous rivers and streams along the coast of Rhode Island and Connecticut had to be crossed by fording (wading or on horseback), by ferry, or by narrow bridges.

In describing people’s manners, Mrs. Knight sometimes showed the prejudices of an upper-class Bostonian. She was racially biased and held rigid ideas of social class, and remarked that such a people had as large a portion of “mother wit” as others, simply needing education and improvements. Again, while she found the Indian “Natives of the Country” the most savage she had ever seen, it was because there was “little or no care taken to make them otherwise.”

In the narrative portions of the journal Madam Knight made much of her fears, especially in night riding and in the crossing of rivers. Her comment on crossing by canoe is typical of her joking at her own expense: “The Canoe was very small and shallow, so that when we were in she seemed ready to take in water, which … caused me to be very circumspect, sitting with my hands fast on each side, my eyes steady, not daring so much as to lodge my tongue a hair’s breadth more on one side of my mouth than the other.”

Her sharp wit was used on others as well as herself. Her feet had hardly “saluted” the shore after the canoe ride when her guide began to talk of the fierce river they would shortly have to ford. She rode there entertaining herself: “Sometimes seeing myself drowning, other whiles drowned, and at best like a holy Sister, just come out of a Spiritual Bath in dripping Garments,” a reference to the Anabaptists.

It is highly likely that Sarah Knight only kept her journal so that she could tell her relatives and friends about her adventures when she returned home. That was a time when news and knowledge of other places passed most often by word of mouth. Madam Knight was well acquainted with such oral forms as sermons, myths, and folktales.

Sarah Knight returned to Boston in March 1705, having kept along the way a detailed journal account of her travels and adventures, her food and lodgings, and the speech and customs of people she met throughout the journey, in a journal called Journey from Boston to New York in the Year 1704.

Knight remained active in business as well as legal affairs. There is no record of Richard Knight after 1706. About 1714, she followed her married daughter to New London, Connecticut. She prospered over the next several years as a shopkeeper and accumulated property in Norwich and New London. Her business acumen is attested to by the fairly large estate of £1800 left at her death on September 25, 1727, in New London.

Sarah Kemble Knight’s diary passed into private hands and lay unknown until 1825, when it was published as The Journal of Mme Knight by Theodore Dwight, Jr. The graphic and often amusing account of her journey proved to be of enduring interest, and the Journal was frequently reprinted thereafter. It has remained a valuable historical source and a unique literary work.