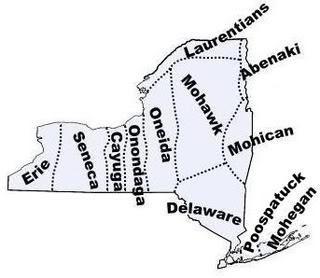 The Abenaki
Abenaki is actually a geographical and linguistic (rather than political) grouping. Before contact with Europeans, individual tribes were the usual level of political organization. Occasionally, several tribes would unite under a powerful sachem (chief) for purposes of war, but the Abenaki were noteworthy for their general lack of central authority. Even at the tribal level, the authority of their sachems was limited, and important decisions, such as war and peace, usually required a meeting of all adults.

In many ways, the lack of a central government served the Abenaki well. In times of war, they could abandon their villages, separate into small bands, and regroup in a distant refuge beyond the reach of their enemies. It was a strategy that confounded repeated efforts by both the Iroquois and English to conquer them. Largely invisible over the years, the Abenaki have remained in their homeland by living in scattered, small bands. The Abenaki Confederacy didn’t even exist until after 1670, and then only in response to continuous wars with the Iroquois and the English colonists.

The Cayuga
The Cayuga Nation, or the People of the Great Swamp, was one of the five original constituents of the Haudenosaunee (Iroquois), a confederacy of Indians in New York. The Cayuga homeland lay in the Finger Lakes region along Cayuga Lake, between their league neighbors, the Onondaga and the Seneca. Political relations between the Cayuga, the British, and the Americans during the American Revolution were complicated, with Cayugas fighting on both sides.

General George Washington appointed two generals to lead the Sullivan Expedition, a military campaign designed to unseat the Iroquois Confederacy. The campaign devastated the Cayuga homeland, destroying major Cayuga villages. Survivors fled to other Iroquois tribes, or to Upper Canada, where some were granted land by the British in recognition of their loyalty to the Crown.

The Delaware
Originally in 1600, the Delaware River Valley from Cape Henlopen north to include the west side of the lower Hudson Valley in southern New York. The Delaware were not migratory and appear to have occupied their homeland for thousands of years before the coming of the Europeans. During the next three centuries, white settlement forced the Delaware to relocate at least twenty times.

In 1600, the Delaware may have numbered as many as 20,000, but several wars and at least 14 separate epidemics reduced their population to around 4,000 by 1700 – the worst drops occurring between 1655 and 1670. Since the Delaware afterwards absorbed peoples from several other Algonquin-speaking tribes, this figure remained fairly constant until 1775. By 1845, it had fallen to combined total of about 2,000 in both the United States and Canada.

The Erie
With French contact limited to one brief meeting, very little is known for certain about the Erie except they were important, and they were there. The Dutch and Swedes also heard about them through their trade with the Susquehannock, but never actually met the Erie. All information about their social and political organization has come from early Jesuit accounts of what they had been told by the Huron.

The Mahican
The original Mahican homeland was the Hudson River Valley from the Catskill Mountains north to the southern end of Lake Champlain. Bounded by the Schoharie River in the west, it extended east to the crest of the Berkshire Mountains in western Massachusetts from northwest Connecticut north to the Green Mountains in southern Vermont.

Some estimates of the Mahican population in 1600 range as high as 35,000. However, when limited to the core tribes of the Mahican Confederacy near Albany, it was somewhere around 8,000. By 1672 this had fallen to around 1,000. At the low point in 1796, 300 were living with the Oneida and Brotherton in upstate New York.

Not the Mohegan
It is common for the Mohegan of the Thames River in eastern Connecticut to be confused with the Mahican from the middle Hudson Valley in New York (a distance of about a hundred miles). James Fenimore Cooper was confused when he wrote Last of the Mohicans in 1826. He merged all the tribal names into Mohican.Since Cooper lived in New York and the location of his tale was the upper Hudson Valley, it can be presumed that he meant Mahican.

His book made the Mahican famous. Unfortunately, he also made them extinct in many minds. This error has persisted, and Americans today might be surprised to learn that the Mahican are very much alive and living in Wisconsin under the name, Stockbridge Indians.

The Mohawk
Meaning People of the Flint, the Mohawk were an indigenous people of North America originally from the Mohawk Valley in upstate New York to southern Quebec and eastern Ontario. Their traditional homeland stretches southward of the Mohawk River, eastward to the Green Mountains of Vermont, westward to its border with the Oneida Nation’s traditional homeland territory, and northward to the St Lawrence River.

As original members of the Iroquois League, the Mohawk were known as the Keepers of the Eastern Door who guarded the Iroquois Confederation against invasion from that direction. After the fall of New Netherland to the English in 1664, the Mohawks in New York became allies of the Kingdom of England. During the 1690s, they underwent a period of Christianization, during which many were baptized with English surnames, while others were given complete English names.

The Oneida
Meaning People of the Upright Stone, the Oneida were one of the five founding nations of the Iroquois Confederacy in upstate New York. Originally the Oneida inhabited the area that later became central New York, particularly around Oneida Lake and Oneida County. In the early 17th century, when the Europeans first encountered them, the Oneida held nearly six million acres of land and were among the most powerful forces in New York.

Following the Revolutionary War, the Oneida began losing land, the largest forfeiture coming in 1788 with the Treaty of Fort Schuyler in which the Oneida Nation believed they had leased five million acres to the state of New York. These New York Treaties were never authorized by the federal government as required by the Indian Trade and Intercourse Acts of 1790 and 1793, however, so they were never validated. The Oneida are still pursuing the rights and recovery of this land.

The Metoac
Before 1600, the Metoac lived in peace and relative isolation on Long Island, and prospered from the wampum they manufactured and traded to other tribes. Although they were probably envied by some of their neighbors, there was, as their lack of fortified villages and central authority plainly suggests, no serious threat to their security. Their population was probably around 10,000.

Spread across an island more than 120 miles in length, Metoac is a geographic, rather than political, grouping of the tribes of Long Island. They were an agricultural people, who supplemented their diet with fishing and hunting. Although they lived in villages, there was regular seasonal movement in a fixed pattern to take advantage of the resources. Villages were generally small and rarely fortified until they were living under constant threat after 1630.

It was the Metoac’s grave misfortune to occupy the northern shore of Long Island, which was the source of the best wampum in the Northeast. Each summer, the Metoac harvested clam shells from the waters of Long Island Sound that they painstakingly fashioned into small beads. Strung together in long strands, they were called wampompeag – shortened by the English colonists into the more familiar form of wampum. A peaceful people cursed with a very valuable resource, the Metoac proved easy prey for more powerful and aggressive tribes.

The Onondaga
The Onondaga, or the People of the Hills, are one of the original five constituent nations of the Iroquois Confederacy. Their traditional homeland is in and around Onondaga County, New York. Being centrally located, they were the Keepers of the Fire in the figurative longhouse, with the Cayuga and Seneca to their west and the Oneida and Mohawk to their east. For this reason, the League of the Iroquois historically met at the Iroquois government’s capital at Onondaga, as the traditional chiefs still do today.

In the American Revolutionary War, the Onondaga were at first officially neutral, although individual Onondaga warriors were involved in at least one raid on American settlements. After an American attack on their main village on April 20, 1779, the Onondaga later sided with the majority of the League and fought against the United States in alliance with the British. Thereafter, many Onondaga followed Joseph Brant to Six Nations, Ontario after the United States was accorded independence.

The Poospatuck/Unkechaug
The Poosepatuck tribe is one of the most misunderstood Algonquian groups in southeastern New England. The Poospatuck initially constituted one of numerous Amerindian autonomous villages linked by kinship to a confederacy that stretched across Long Island and southern New England.

Recognized as the Unkechaug Nation by the state of New York, the Poospatuck are synonymous with the fifty-two-acre reservation they occupy on Long Island, in the northeast portion of the town of Mastic in Suffolk County, the sole remainder of 175 acres designated for the Unkechaug by the deed of July 2, 1700, that allocated acreage so that Unkechaug settlements would be surrounded by Euro-American land claims, thereby deliberately preventing Unkechaug unity.

The Unkechaug, the People from beyond the Hill, didn’t practice a migratory lifestyle, nor were they regionally displaced or relocated outside Long Island by the arrival of European settlers. A Dutchman, Issack de Rasiers, observed the indigenous planting system that heaped up molehills sowed with grains, fertilized by fish, and irrigated by redirecting natural waterways, and thought the use of the land provided for the native families well beyond their subsistence. European merchants who interacted with the Unkechaug were envious of the natural resources around which their native villages had been built.

The Seneca
The Seneca are a group of indigenous people native to North America. They are the westernmost nation within the Six Nations or Iroquois League. The Seneca nation’s own name is Onödowága’, meaning People of the Mountains. They became known as the Keepers of the Western Door because they settled and lived the farthest west of all the nations within the Iroquois Confederation.

The Seneca traditionally lived in New York, between the Genesee River and Canandaigua Lake, and were by far the most populous of the Iroquois Nations, with the ability to raise over ten thousand warriors by the seventeenth century.
Seneca people lived in villages and towns. Archaeological records indicate that some of these villages were surrounded by palisades to protect them from attack.

Other tribal Nations viewed the Unkechaug and eastern Long Island Indians as desirable trading partners because of their access to the ocean and shells, and their skill in producing wampum. The Unkechaug were effective in structuring intertribal trade and using their resources to strike agreements with larger and more powerful tribes.