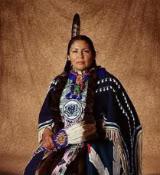 The Dutch West India Company began settlement of Dutch women and men in New Amsterdam in 1624, and in 1629 they began to settle Pavonia in what is now Jersey City. By 1660, there were several scattered Dutch settlements in the area that would become New Jersey.

In 1664, after the English seized control from the Dutch, and the colony was named New Jersey. Free English settlers, women as well as men, were promised free acreage in return for settling people on their land. Christian indentured servants were promised smaller plots of land after their term of service was completed.

Any free person, male or female, worth 50 pounds was considered a landholder. Generous land grants, religious freedom, and self-government attracted numerous settlers to the colony. Settlers were also encouraged to bring slaves as laborers into East Jersey, by giving more acreage to slave holders who settled in the colony with their male and female African slaves.

In 1667, the British colony of New Jersey was divided into East Jersey and West Jersey.

In 1759, an estimated 200 remaining Lenape men and women of New Jersey moved to the Brotherton Reservation in the Burlington County pine barrens. Others had intermarried with colonial settlers.

Colonial Women’s Rights
As a British colony, New Jersey was subject to English Common Law, and its women, especially married women, were subject to the property rights and civil rights of women in England.

When a woman married, her legal status became that of feme covert, meaning that the wife was covered by the civil identity of her husband – any property she might have became her husband’s. She couldn’t sign or make contracts on her own, couldn’t write a will without her husband’s consent, couldn’t sue or be sued in court, and her husband was the legal guardian of her children.

A woman in an unhappy or abusive marriage had few options. Divorce was extremely rare if not impossible to achieve. Only in certain circumstances could divorce be attained by a special bill of the colonial legislature. If she had sympathetic family nearby she might go to live with them, or she might run away. Running away was an extremely desperate act, but not uncommon.

New Jersey Women of Distinction
Elizabeth Carteret
In l663, the Duke of York assigned part of his claim in the New World, a strip between the Hudson and the Delaware Rivers, to Lord George Carteret of the Isle of Jersey, which provided the name for the new colony. Lord Carteret brought a colony of English settlers to his land, and his wife, Lady Elizabeth Carteret, governed the colony, though she never actually foot in it.

Elizabeth Carteret was the first woman governor of any province of European settlement. The arrangement the Carterets set out provided for a representative assembly in an advisory capacity – a comparatively new thing at the time. They also declared universal tolerance of all religious beliefs on an equal basis, which was more than England had at the time.

The town of Elizabeth was named for Lady Carteret. It was New Jersey’s first permanent European settlement, its oldest English-speaking settlement, and its first colonial capital from the mid 1660s to 1686. Princeton University, known then as the College of New Jersey, was founded in Elizabeth in 1746.

Sybilla Righton Masters
In 1715, Sybilla Righton Masters of Burlington Township received in London the first patent granted to an American colonist, a patent for a machine to prepare Indian corn by stamping rather than grinding. Her second patent was for “a new way of working and staining” the straw and palmetto leaf used in making women’s hats.

She stayed briefly in London to sell her products, but by May 1716 she was back in Philadelphia and her patents were registered in Pennsylvania. She was the first female inventor in America, and she showed exceptional commercial enterprise for a woman of her day.

Esther Edwards Burr
The College of New Jersey (now Princeton University) was founded in 1746 by Presbyterians. It did not educate women. Esther Edwards Burr, the wife of the college’s second president, played an important role at the young college, providing lodging to visiting clergymen and dignitaries, as well as to students. She was also the mother of United States vice-president, Aaron Burr.

Esther recorded her daily life from 1754 to 1757 in a diary, giving information on topics such as the founding of Princeton College, religious revivals, childbearing practices, the French and Indian War, and women’s roles during the period. It would be published in several editions by Jeremiah Eames Rankin as Esther Burr’s Journal.

Annis Boudinot Stockton
Born Annis Boudinot in Darby, Pennsylvania, she was the daughter of Elias Boudinot, a wealthy merchant and silversmith of Huguenot descent, who later moved his family to Princeton, New Jersey. There, young Annis thrived in the town’s stimulating academic atmosphere, and wrote her first known poems at the age of sixteen. She was one of America’s first female published poets and the writer over 120 works.

In 1757, she married the brilliant young lawyer Richard Stockton, who was later one of the signers of the Declaration of Independence. She was a patriot in her own right, and was the only woman made an honorary member of the American Whig Society for her service during the Revolutionary War. She wrote both poems and letters to George Washington.

At age forty-four, Patience was a widow with a fourth child soon to be born. She began by molding faces out of putty and bread dough, but eventually turned her hobby into a living as a sculptor of portraits in tinted wax. She seems to have had no formal training. She was one of the first sculptors in America and established an international reputation.

Patience moved her family to England in 1772 and opened a prominent waxworks. In 1781, she left England for Paris, where she modeled a bust of Benjamin Franklin. In 1783, she wrote a letter to George Washington, asking if she could make a sculpture of him. He replied that he would be honored to sit for her. Unfortunately, she died in England in 1786.

SOURCES
We Are Lenape
Life and Leisure in Colonial New Jersey