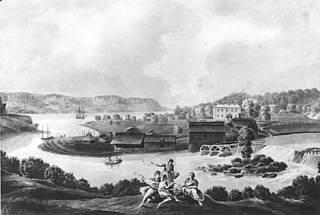 She married Peter de Vries, a wealthy merchant in New Amsterdam, but continued to build her own business. Peter died in 1661, and Margaret inherited his estate and his fleet of trading ships. She shipped furs and other goods to Holland and trading them for merchandise that she then sold in New Amsterdam. Her real estate holdings stretched from Albany to Barbados.

Women like Margaret were known as she-merchants, and she rose to become the wealthiest in the colony, while also marrying twice and raising five children. Her second husband Frederick Philipse had come to New Amsterdam in the early 1650s as carpenter for Governor Peter Stuyvesant. Frederick had eventually established himself in trade, and he was becoming a prominent figure in the colony, economically and politically.

Dutch Women’s Rights
Margaret had become such a success because she lived in an extraordinary time, when the Dutch were extremely liberal when it came to women’s rights. Women were allowed to run businesses just like men, thus adding to the national prosperity.

She did it all with her own ambition and intelligence, at a time when a woman could achieve great success through her own talents, and it was socially acceptable. Before marrying Frederick, Margaret took legal action to protect her own property. She brought far more wealth to the marriage than did Frederick, and she wanted to maintain her freedom to trade.

Dutch matrimonial laws permitted two different types of marriage. There was manus, in which the woman assumed the status of a minor under the guardianship of her husband. The second option was usus, in which a wife retained all of the rights of any Dutch man, and the marriage was a partnership of equals. Margaret, of course, chose usus.

Dutch inheritance law also prevented parents from leaving everything to their sons in their wills. So daughters were not deprived of an inheritance, and widows received at least fifty percent of her husband’s estate. A husband’s adultery, abandonment or venereal disease gave his wife grounds for divorce. If a wife believed her husband was squandering their property, she could legally request her half of the estate.

English Rule
Of course, all this began to change drastically as soon as the English took over the colony. On August 27, 1664, when the English and the Dutch were supposedly at peace, four English ships sailed into New Amsterdam’s harbor and demanded New Netherland’s surrender. Director-General Peter Stuyvesant did not put up much of a fight, and New Amsterdam became New York.

But Margaret had already taken full advantage of the liberal Dutch laws concerning women, and the English could not very well displace her. She had built a vast empire that would allow her descendants to live at the pinnacle of New York society until the Revolutionary War, but this brief moment of women’s rights would not be seen again for 300 years.

Soon, there were fewer women engaged in business, but Margaret, tough and shrewd, was able to exercise much control over business matters. Her daughters married well, and all of her sons became involved in the family’s mercantile and shipping activities.

Margaret retired from the businesses in 1680, and her sons took over her business. Although she was helped early on by an inheritance from her first husband, her achievements were almost exclusively hers. She was an extraordinary businesswoman, and basically lived her life as if she were a man.

When Margaret Hardenbroeck Philipse died in 1691, at the age of 53, she was the richest woman in New York.

SOURCES
The Philipse Family: A Case Study
Curled Up with a Good Book: Women of the House